No Downtown Banners for Museum Centennial

No banners will be flown downtown in honor of the Buffalo Bill Center of the West’s Centennial Year.

Staff from the Center of the West appeared yesterday before the City Council to request permission for 16 banners to be hung from light poles downtown. Public Works Director Steve Payne said that they have worked to accommodate the request, receiving approval from the Wyoming Department of Transportation regarding encroachment permits and negotiating with Bruce Sauers, Director of Revenue and Enterprise for the Center of the West, with regards to materials and content of the banners.

Sauers noted that the museum would be willing to work with the City in whatever manner that would be compliant with City regulations, including removing their logo from the banners and donating the banners to the City for future use.

However, Payne pointed out that by approving the request, a precedent would be set that would open the door to other organizations requesting the same treatment. Additionally, representatives from the Irma Hotel and Adriano’s Italian Restaurant spoke against the idea, saying that the banners would point attention away from the downtown businesses and towards the Center of the West, and would also clutter the downtown skyline. Jay Linderman, owner of Adrianos, said that the Center already competes with private businesses in the community because they serve food and alcohol, have a downtown retail store, and offer trail rides.

After consideration of all sides, at the call for a motion, no Council member spoke up, so the request failed for lack of a motion. 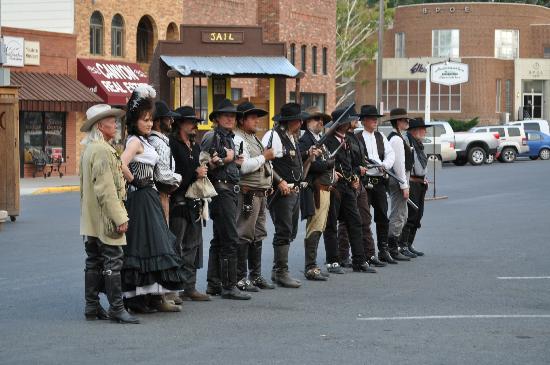