The Park County Sheriff’s Office released the details of the multi-agency vehicle pursuit and the inter-agency cooperation used to stop a rogue suspect.

On Tuesday, March 16, Cody-area Facebook pages were buzzing with news of a cross-county car chase, with multiple Park County law enforcement officers pursuing a speeding SUV. Details, however, were scarce.

Later that day, the Park County Sheriff’s Office released the details of the vehicle pursuit that crossed most of Park County but involved 3 counties, two states, and several officers.

At 9:15 a.m., Park County Sheriff’s Office (PCSO) Undersheriff Andy Varian attempted a routine traffic stop at milepost one on Highway 291 on the Southfork Highway. The suspect – who has yet to be named – refused to stop.

Once the fleeing suspect was called in, the Cody Police Department and Wyoming Highway Patrol responded and joined the pursuit.

Also contacted was the Carbon County Sheriff’s Office in Montana, in case the chase went over the state line. When it did, their officers responded and played a critical role at the end of this story.

The suspect’s vehicle sped from the Southfork Hill onto Yellowstone Avenue onto Sheridan Avenue and turned left onto 16th Street. Two traffic lights were ignored, and speeds reached 45 mph on Cody’s busiest roads.

The suspect continued from Highway 14A to Lane 11, turned onto Highway 294, and then proceeded northbound on Highway 120. Three spike strips were deployed to stop the vehicle – the suspect avoided them all.

Finally, a fourth strip deployed by the Carbon County Montana Sheriff’s Office successfully disabled the vehicle outside of Belfry, Montana. But not before the suspect turned off the highway, crashed through a fence at a nearby residence, and crashed into a pine tree. That tree was the only thing stopping the vehicle from hitting the home.

Stopped and surrounded, the suspect refused to leave the vehicle. After “lengthy negotiation,” the suspect surrendered without incident and was taken into custody.

So why did the suspect flee? There are multiple reasons – and multiple crimes.

The yet-to-be-identified suspect is currently in the Yellowstone County Detention Center in Billings. They are being held on suspicion of at least one felony auto burglary, a felony theft, unauthorized use of credit cards, and multiple mail thefts. And that doesn’t include Tuesday’s events.

Amazingly, there was no damage to any of the responding officers, vehicles, and equipment. For Park County Sheriff Scott Steward, the amount of complex coordination between the officers, counties, and states who assisted is the real achievement.

“The interagency collaboration was the key in this successful outcome,” Sheriff Steward says. “Not only by the many patrol units that performed above standard but by the expertise of the Communications Staff from all of these agencies that we’re able to bring necessary resources together so quickly.”

Correction: The original article stated the suspect was apprehended outside Powell and was being held in the Park County Detention Center. The article has been updated to correct this mistake.

Vaccines for Veterans at the Cody VA Clinic 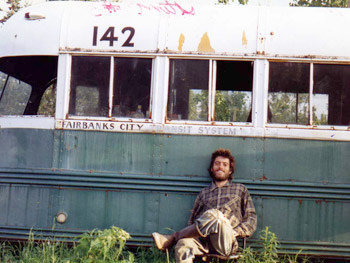