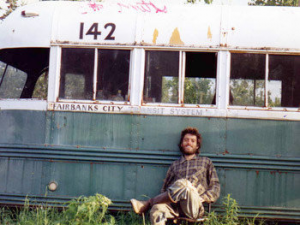 At the end of last June high in the sky the In To The Wild Bus also known as The Magic Bus took flight from what seemed would be its final resting place. A CH-47 Chinook strapped the 1946 International Harvester K-5 bus abandoned in the Alaskan wilderness and sliced through the clouds according to backpacker.com. It was off to its new home to become an exhibit at the Museum of the North at the University of Alaska in Fairbanks.

How the bus wound up in the wild in the first place is pretty interesting. Of course the bus was made famous by the book and movie Into The Wild. The story of Christopher McCandless travels and death.

Fairbanks City Transit System Bus 142 was abandoned along the Stampede Trail near Denali National Park. The reason it was even there in the first place is because it was one of three buses used by a construction company for accommodations for their crew that were working on upgrading the roads back in 1960 to 1961.

A bulldozer actually towed it the clearly because of the lack of engine in it. It may not have the parts and pieces to be mobile it did have a few beds as well as a wood-burning stove. I don’t think that we would have known those little facts if it was not for Wiki. The things you can learn.

When the mine stopped operating in the 1970’s they decided to move the buses. The Magic bus was left behind due to the rear axle was busted. After that trappers, hunters, hikers, and visitors took cover in the rusty bus.

After the death of Christopher McCandless and a hand full of others attempted to get to the bus and also passed away. Then the decision to remove the bus was made. Many museums bid on the bus but the University of Alaska won. A strange weird fact about that museum is that is the very one where McCandless picked up his Tanaina Plantlore field-guide-turned-survival-log on his way to the Stampede Trail. That is according to his sister, Carine McCandless so it is a fact. The bus now has a forever resting place where people view is safely and learn more about its wild ride.

“Happiness is only real when shared.” – Christopher McCandless

Tagged as book Into The Wild Bus Movie Museum 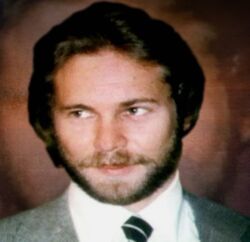