Future elections in Park County will not be counted by hand, per the decision of the Park County Commissioners after a local push for more election security.

After a push for election reform, the Park County Commissioners have decided not to hand count votes in future elections. However, that decision wasn’t based on opinion but instead if state and federal law would even allow such a change to county elections.

When hand count elections were proposed in April, the commissioners immediately asked Park County Attorney Brian Skoric to weigh in. It was a good thing too – Skoric said a hand count would be against Wyoming election statutes and federal law. 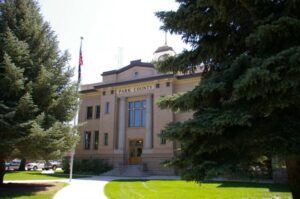 Skoric cited three specific statutes that lay out all the rules when it comes to any election – one mandates every county use ballots designed to be counted by voting machines.

“Voting procedures in the State of Wyoming are set by the Wyoming Legislature, not local officials,” Skoric said in a May 16 letter on his opinion. “193 pages of Wyoming statutes are dedicated solely to election type activity to ensure uniformity. The State has unified voting procedures for a reason. The Legislature clearly understands that if all 23 counties had their own voting and tabulation procedures, uniformity would be lost, and voter skepticism would surely ensue.”

Hand counts would also take much more time. And Wyoming statutes also say the county must submit all election results to the Wyoming Secretary of State by 10:30 p.m. the night of the said election. That’s possible with machines, but not with hand counts.

Furthermore, “manual tabulation of ballots could also elicit the natural subjectivity of persons counting the ballots, the very thing the Legislature intended to eliminate,” Skoric wrote.

But if future elections cannot be hand-counted, some residents still want all the ballots from the last election counted by hand.

According to WyoFile, the Park County Republican Men’s Club has now requested a full hand count of the ballots from the 2020 Primary Election. That election saw the election of President Joe Biden and the reelection of several local representatives.

While the Park County Commissioners didn’t reject the idea, they decided it was best to confer with the Wyoming Attorney General first. If the Attorney General says the recount is legal and provides the parameters, it will come at the cost of $4,000.

Skoric knows he is disappointing ardent supporters of hand-count elections. But he’s not making a judgment – he’s doing his job.

“County attorneys are charged with giving legal opinions, which are not always popular opinions,” Skoric wrote in the final lines of his letter.