After the arrest of more than two dozen members of a white supremacist group near a northern Idaho pride event, including one identified as its founder, LGBTQ advocates said Sunday that polarization and a fraught political climate are putting their community increasingly at risk. 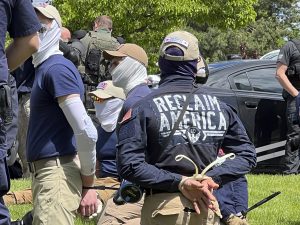 Authorities arrest members of the white supremacist group Patriot Front near an Idaho pride event Saturday, June 11, 2022, after they were found packed into the back of a U-Haul truck with riot gear. (Georji Brown via AP)

The 31 Patriot Front members were arrested with riot gear after a tipster reported seeing people loading up into a U-Haul like “a little army” at a hotel parking lot in Coeur d’Alene, Idaho, police said.

Among those booked into jail on misdemeanor charges of conspiracy to riot was Thomas Ryan Rousseau of Grapevine, Texas, who has been identified by the Southern Poverty Law Center as the 23-year-old who founded the group after the deadly “Unite the Right” rally in Charlottesville, Virginia, in 2017. No attorney was immediately listed for him and phone numbers associated with him went unanswered Sunday.

Also among the arrestees was Mitchell F. Wagner, 24, of Florissant, Missouri, who was previously charged with defacing a mural of famous Black Americans on a college campus in St. Louis last year.

Michael Kielty, Wagner’s attorney, said Sunday that he had not been provided information about the charges. He said Patriot Front did not have a reputation for violence and that the case could be a First Amendment issue. “Even if you don’t like the speech, they have the right to make it,” he said. 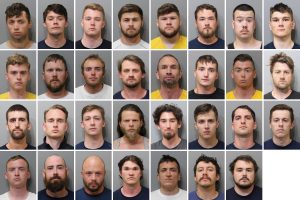 Their playbook, Lewis said, involves identifying local grievances to exploit, organizing on platforms like the messaging app Telegram and ultimately showing up to events marching in neat columns, in blue- or white-collared-shirt uniforms, in a display of strength.

Though Pride celebrations have long been picketed by counterprotesters citing religious objections, they haven’t historically been a major focus for armed extremist groups. Still, it isn’t surprising, given how anti-LGBTQ rhetoric has increasingly become a potent rallying cry in the far-right online ecosystem, Lewis said.

“That set of grievances fits into their broader narratives and shows their ability to mobilize the same folks against ‘the enemy’ over and over and over again,” he said.

The arrests come amid a surge of charged rhetoric around LGBTQ issues and a wave of state legislation aimed at transgender youth, said John McCrostie, the first openly gay man elected to the Idaho Legislature. In Boise this week, dozens of Pride flags were stolen from city streets. 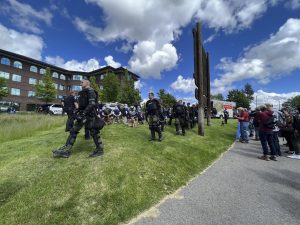 Authorities arrest members of the white supremacist group Patriot Front near an Idaho pride event Saturday, June 11, 2022, after they were found packed into the back of a U-Haul truck with riot gear. (Georji Brown via AP)

“Whenever we are confronted with attacks of hate, we must respond with the message from the community that we embrace all people with all of our differences,” McCrostie said in a text message.

“Our nation is growing increasingly polarized, and the result has been tragic and deadly,” he said.

Authorities in the San Francisco Bay Area are investigating a possible hate crime after a group of men allegedly shouted homophobic and anti-LGBTQ slurs during a weekend Drag Queen Story Hour at the San Lorenzo Library on Saturday. No arrests have been made, no one was physically harmed, and authorities are investigating the incident as possible harassment of children.

In Coeur d’Alene on Saturday, police found riot gear, one smoke grenade, shin guards and shields inside the van after pulling it over near a park where the North Idaho Pride Alliance was holding a Pride in the Park event, Coeur d’Alene Police Chief Lee White said.

The group came to riot around the small northern Idaho city wearing Patriot Front patches and logos on their hats and some T-shirts reading “Reclaim America” according to police and videos of the arrests posted on social media.

Though there is a history of far-right extremism dating back decades in northern Idaho, White said only one of those arrested Saturday was from the state.

The six-hour Pride event generally went on as scheduled, including booths, food, live music, a drag show and a march of more than 50 people, the Idaho Statesman reported.

“We have been through so much, so much,” Jessica Mahuron of the North Idaho Pride Alliance, which organized the event, told KREM-TV. “Harassment, and attempts to intimidate on the psychological level, and the truth is if you allow yourself to be intimidated you let them win and what we have shown today is that you will not win.”

The group is scheduled to be arraigned on Monday.

Yellowstone: All Entrances Close After Substantial Damage from Flooding 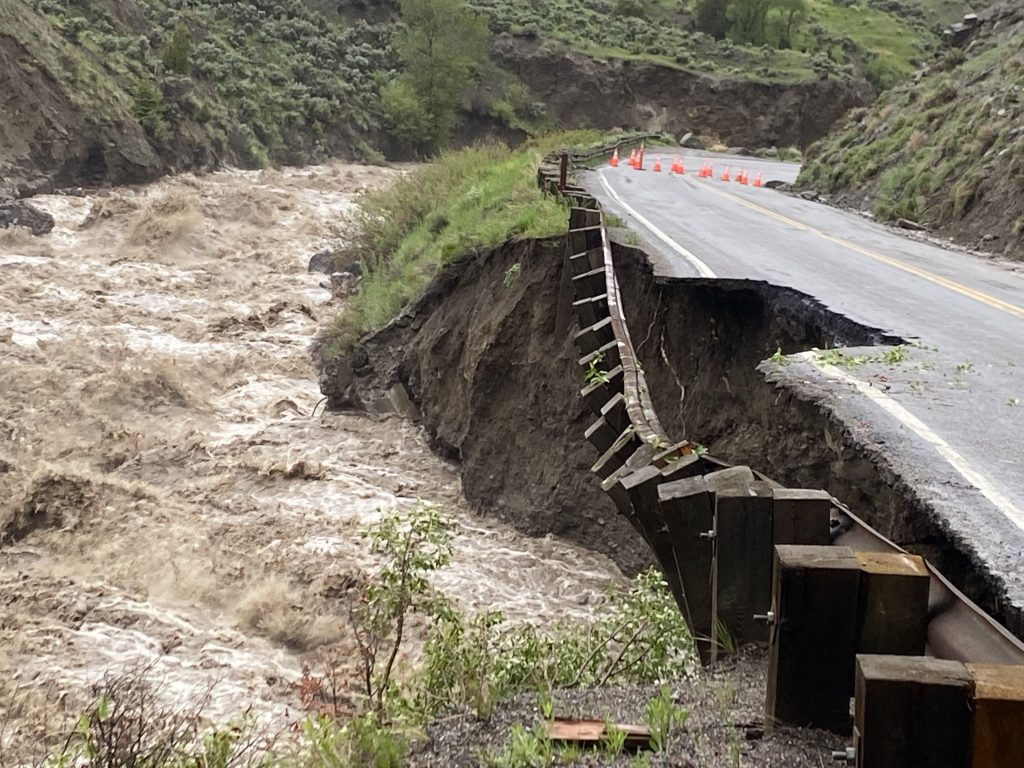 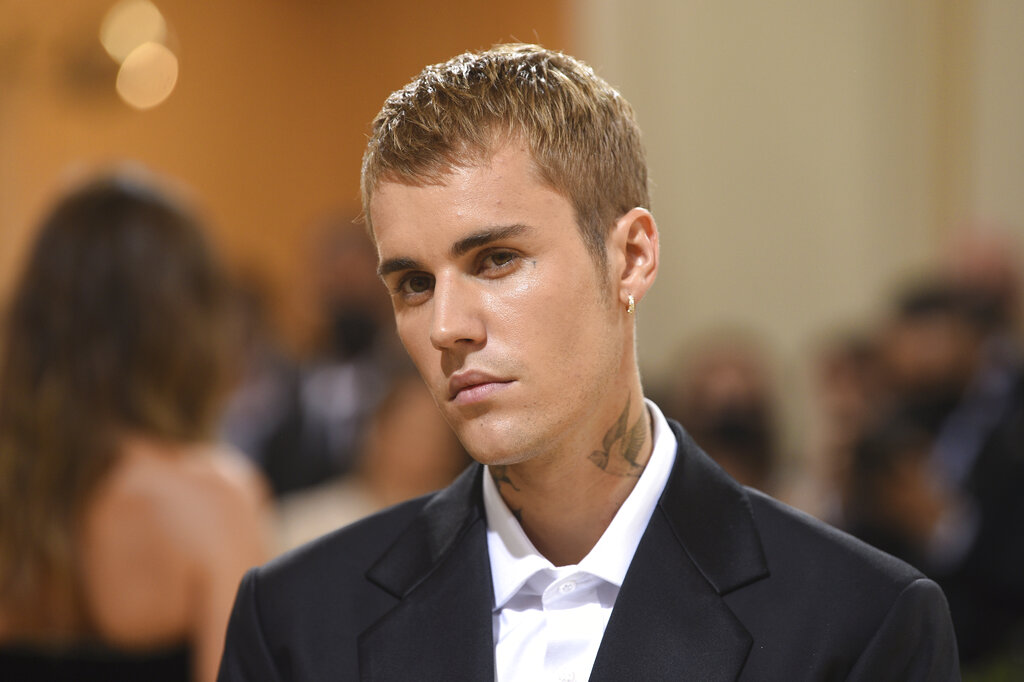