The 2022 Track and Field State Championship Meets concluded over the weekend.

We’ve already taken a look at how Cody performed in the Class 4A Meet, now a look at out the rest of the Big Horn Basin represented.

We’ll start off with a look at Class 3A, starting on the girls side:

Lauryn Bennett was 7th in the Pole Vault

Reagan Thompson was 2nd in the Shot Put.

Leading the way for Lovell was Amee Newman who took 3rd in the 800 and 4th in the 1600. Kallie Owens was 8th in the Shot Put and the Sprint Medley Relay team took 4th.

Leading the way for Thermopolis was Ina King who took 2nd in the Triple Jump. The 4×800 rleay team was 7th.

Over on the boys side in Class 3A:

The Panthers were led by their All-State performers. Toran Graham was 2nd in the Shot Put and 4th in the Discuss.

Zach Ratcliff was 2nd in the Long Jump and 8th in the Triple Jump.

Sheldon Shoopman was 2nd in the Discuss and 3rd in the Shot Put.

Leading the way for Lovell was Quinn Lindsay who placed 1st in both the Discuss and Shot Put. His Discuss throw was 174-3 and his Shot Put was 57-11.

Adnan Khan was 2nd in the Triple Jump.

Gavin Robertson was 5th in the Long Jump.

And now a move over to Class 2A to look at top performers.

Starting on the girls side, where Riverside was the best placing girls team, taking 9th. Rocky Mountin was 12th, Greybull was 13th and Shoshoni was 15th.

Rocky Mountain was led by Katie Christensen who took 4th in the Long Jump whiel Brittly Boettcher was 6th in the 100 hurdles and the 4×100 relay team took 4th.

And Riana Tidwell led the way fro Shoshoni finishing 4th in the 300 Hurdles.

As for the boys side in 2A:

The highest placing area team was Rocky Mountain, finishing in 4th. Rvierside was 6th with Greybull 13th and Shoshoni 14th.

Leading the way for Rocky Mountain was Kelden Boettcher who was 1st in the Triple Jump at 41 feet, 10 inches. He was 3rd in the Long Jump and 7th in the Pole Vault.

Jackson Hanusa was first in the Pole Vault at 12 feet, 6 inches while Ben Simmons was 3rd in the 300 hurdles.

Greybull was led by Aiden Reece who took 1st in the High Jump at 6 feet.

And last but not least, a look at how area Class 1A teams performed:

Starting on the girls side, where Burlington was 7th, Meeteetse was 13th and Ten Sleep was 19th.

Top performer from the area is Burlington’s Jessie Michaels who took 2nd in the 3200 and was 3rd in the 1600.

Meeteetse was led by Jaycee Erving who took 2nd in the Discuss.

On the boys side, Burlington took 4th while Meeteetse was 10th and Ten Sleep 15th.

Leading the way for Burlington was Clayton Edwards who took 1st in the High Jump at 6 feet, was 2nd in the 200 and 4th in the 100. Jack Godfredson was 1st in the Pole Vault at 11 feet, 6 inches.

Dace Bennett led the way for the Longhorns finishing 2nd in the Long Jump, was 6th in the 100 and 7th in the Triple Jump.

Full results from State Track can be viewed here: http://www.whsaa.org/stateevents/track/statetrack.asp 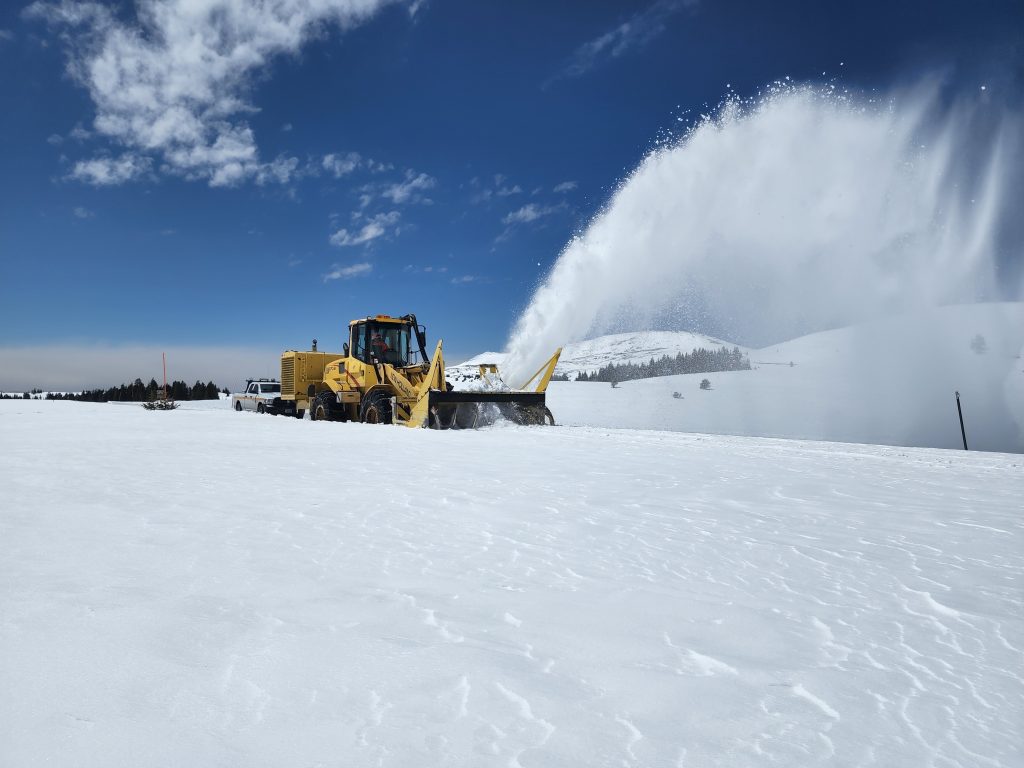