Precipitation Below Normal in September

Precipitation in Wyoming last month was significantly below normal.
According to the National Weather Service office in Riverton, Wyoming statewide precipitation for September was the 12th driest on record over the last 124 years. This despite the fact that the 2017-18 Water Year, which runs from October 1st through September 30th, was above normal across the north and east part of the state.
In Cody, average precipitation last month added up to just over a quarter of an inch – that’s 25% of the normal amount of rainfall for that time period. However, the region received a total of 13.43 inches of precipitation during the period from last October to the end of September, which is 127% of the average that’s been recorded over the last hundred years.
However, less than 90 miles away in Thermopolis, just .06 of an inch of rain fell in September – that’s 5% of normal in a region that usually sees almost 11 inches of rain in an average water year.

How to Stop Over-Eating 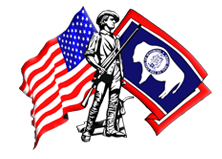