With just over a week left in the month of January, the Yellowstone Quake Hockey team is ready to make some moves. After starting the second half of the season with five games in eight days, the Quake have had a longer than normal time off from the ice due to their games against Butte being canceled last weekend. That doesn’t mean they’re not hard at work bettering themselves for a three game set this coming weekend. Head coach of the Quake Phil Oberlin says he’s liked what he’s seen from the guys at practice over the last week and a half

“The guys are looking good in practice and they want to get back and play games. They’re hungry, coming off those five games where we went 3-2. So we finished with a winning record in those five games, which is what we wanted to do. Yeah, they’re ready to go. They’ve been looking good in practice. So the energy’s good. This is the time of the year where this is what you’re playing for. Every game is important. Every game we want to come out and we want to play our best hockey.”

As for what the focus has been at practice this week, coach says it’s all about attention to detail.

“Who are the players that are going to step up and be those players that are paying attention to those details, and again we can hound on them a little bit more, get on them a little bit more because it’s that time of the year. Those mistakes can’t continue. If those mistakes are happening, that’s going to cost us and it’s where you tighten everything up moving forward. Every game’s important. So you’ve got to make sure you’re playing your best down the stretch. That’s something that we take pride in, playing our best hockey at the end of the year at the right time.”

The Quake have three games this weekend, one vs. Bozeman and two against Sheridan. Coach Oberlin talks about how they’re approaching this like a playoff series.

“If we can win two of the three that’d be great. Our focus first and foremost is that Friday night game against Bozeman. A team that is two spots ahead of us in the playoff hunt. We want to make sure that we are taking care of the games with the teams that are in front of us. We kind of hold our own destiny in our hands right now with playing a lot of games against those teams that are directly in front of us.”

With Bozeman on the docket first, Friday night, Coach calls that a must win game and gives insight into the match-up, saying it all starts with discipline.

“They’ve got some players that get under our skin. We’re addressing it head on. We’re not hiding from it. We know what’s going to happen. We know the way that they’re going to play. We can’t allow ourselves to get sucked into that type of thing cause they’re going to take advantage of it. It is very much a, if we can play disciplined and we can play our game and not get sucked into the way that they play, I think we’ll have a good chance of winning.”

Saturday and Sunday they host Sheridan and if the Quake could come away with a split vs. the top team in the Division coach says it’d be huge.

“They score in bunches. If we can limit their scoring opportunities and play strong defensively, then again, just try to take advantage of our power plays and our opportunities on the offensive side, that’s what we want to do. With as much offensive talent as they have, you can’t play run and gun with them. You have to commit to forcing them into bad shots, forcing them into areas that they don’t want to shoot the puck and again, limiting their offensive opportunities within good scoring chances.”

Catch the Yellowstone Quake at home inside the Reilly Arena all weekend long. On Friday they host Bozmean. Saturday and Sunday they welcome Sheridan to town. Puck drops at 7:30pm Friday and Saturday. Sunday’s contest is set for 5:30pm.

Raffle for St. Jude Link can be found here: https://mybighornbasin.com/product/raffle-for-st-jude/

PHOTOS: A view of Cody Basketball Halfway through 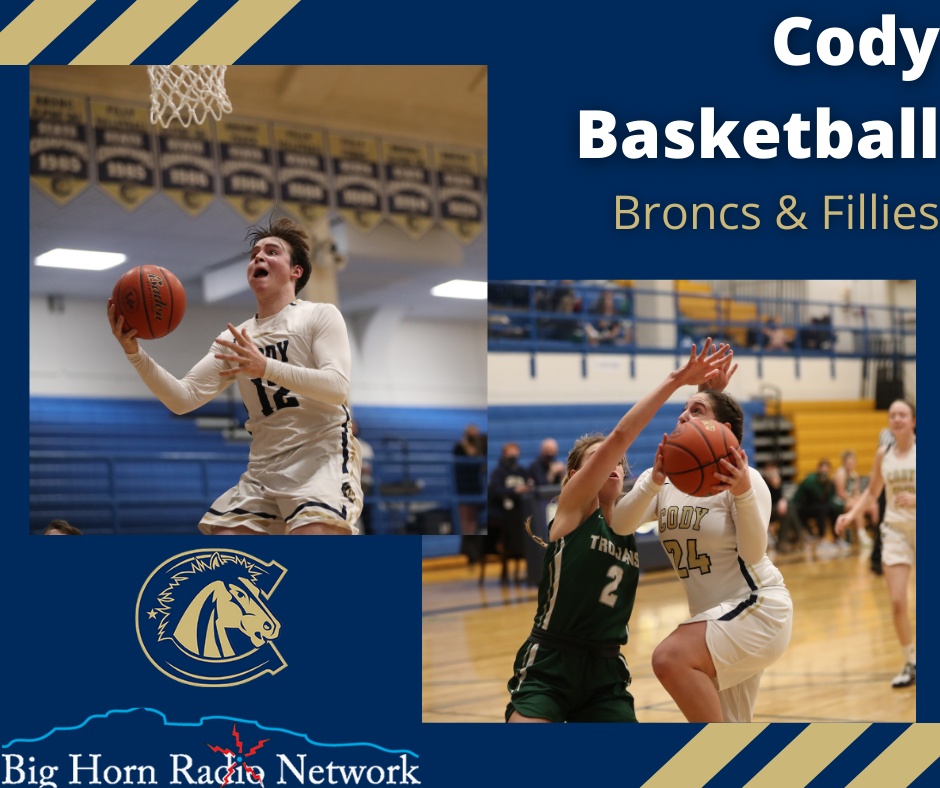