Sandy Newsome is running for re-election to the Wyoming House of Representatives as a member of the Republican party for House District 24. Newsome has been a business owner in Cody for over 30 years and is the former owner of Sunlight Sports and Cowtown Candy. She served on the Wyoming Tourism Board from 2011 to 2017 and she was Chairman in 2016. Newsome has also served on the Commission of Judicial Conduct and Ethics. 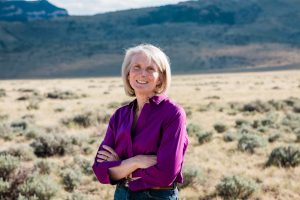 She has been criticized recently by political opponents in the press and on social media for voting against the Republican party too frequently in the state legislature. Ms. Newsome has been called a “RINO” or a Republican in Name Only. The disparaging term has been used widely this political season and much of the legitimacy of this term (RINO) comes from the website WyoRINO.com.

WyoRINO is an anonymously run website where the “Editor’s Note” is ambiguously signed, “Ride for the Brand, Wyoming.” The organization responsible for the website is unknown. And, according to Cowboy State Daily, the site has found 60 percent of the Legislature’s Republicans to be “Republicans in Name Only.”

WyoRINO, hiding behind the anonymity of cyberspace, asks Wyoming voters to trust their statistical analysis on any given set of voting data while providing insufficient context and limited transparency.

Ms. Newsome spoke with KODI Radio where she defended her voting record and her Republicanism while also explaining the problems with the WyoRINO methodology.

In terms of attacks against Newsome’s voting record, she defends herself, saying, “WyoRINO, for example, takes 10 bills – 10 out of 200 odd bills for a twenty-day session – and says these are the bills that somebody, I don’t even know who runs that website, so, somebody says, this is how a Republican should vote.”

“They haven’t listened to hours and hours of testimony in committee and on the House floor,” Newsome says. In Newsome’s case, 7 out of the 10 bills she voted against were introductory votes during a budget session where, she argues, there was insufficient time to vet the complexity of the bills being presented.

“In a budget session, in order to be introduced, a bill has to have a two-thirds majority vote. So there has to be 40 members in the House who decide we want to hear that, we want to dig deeper into this,” Newsome explains.

“We had twenty days, we had a budget session, redistricting, and $500 million dollars of ARPA funds to spend. So, when you’re making those introductory votes, you have two minutes to make your case for your bill, and then it’s an up or a down vote,” Newsome says.

Signed into law on March 11, 2021, The American Rescue Plan Act of 2021 (“ARPA”) provided $350 billion in additional funding for state and local governments. Basically, ARPA is revenue replacement for government services for the reduction in revenue due to COVID-19. Wyoming, for example, received over $1 billion directly from ARPA.

A down vote on an introductory bill during a budget session, for example, only means that the bill will not be heard during the budget session; that piece of legislation can still be presented in a regular session. “I actually talked with Al Simpson about this because he was in the legislature when they enacted the two-thirds rule. He told me that they did that so they would definitely have time for the budget, which is a big deal,” Newsome says.

“Those subject matters that require more time, more effort, and more energy could be done in a general session and should not diminish the amount of time we have for the budget,” Newsome says.

WyoRINO does not address the myriad of reasons a legislator might vote a certain way when it calculates its voting score index meant to expose “liberal Republicans.” A legislator could vote against a bill because it contains unconstitutional provisions or because the legislature does not have time to address a complicated bill during a short budget session. WyoRINO’s lack of transparency does not help people understand the political and civic mechanisms of the state of Wyoming. 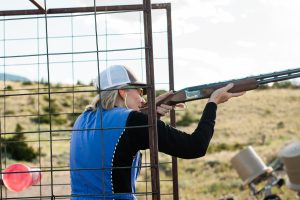 “So, I can go through, and I can pick ten bills that I voted for or against or however the Republicans would vote – and they [WyoRINO] do that routinely…and if you look at that data set you can clearly tell that they cherry-pick bills that support the desired outcome” Newsome says.

“There was not a gun bill, there was not an abortion bill, they cherry-pick the data to make it appear as though some of us are not voting like Republicans” Newsome adds.

“The situation they want to create is one you’re not allowed to think…I’m not a robot, and I’m not going to be bullied by the party or some anonymous website,” Newsome states. Newsome adds that she is always working to carry out the will of her constituents.

Newsome says it’s frustrating being attacked for voting against bills that are “clearly unconstitutional.” For Newsome, Republicanism is defined by fiscal conservatism, compassion, common sense, and a desire to carry out the principles of the Republican Party.

KODI Radio reached out to WyoRINO for comment. Currently, WyoRINO is either unreachable or unwilling to respond.