There will be a new internet tower in Park County, as the Wyoming Supreme Court affirms the decision of the Park County Commissioners to approve its construction.

On August 5, the Wyoming Supreme Court resolved the case Jolovich v. Board of County Commissioners of Park County. And it was a victory for the commissioners and 74 homes that will receive broadband internet.

The Supreme Court “affirmed the order of the district court affirming the judgment of the Board of County Commissioners of Park County approving Trial County Telephone Association, Inc.’s (T.C.T.) application for a special use permit to construct a 150-foot broadband communications tower in Park County. The court ruled that the Board did not act arbitrarily or capriciously in approving the application.” 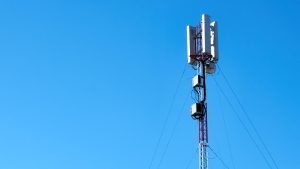 The case hinged on two points – the size and location of the proposed tower and the process the Park County Commissioners used to approve it.

The 150-foot “George Tower” is to be constructed on a Park County property owned by George Farms. T.C.T. obtained the funding for the project through the federal CARES Act to “provide broadband internet services to underserved areas of Park County.”

When completed, the George Tower will provide internet to 75 homes.

T.C.T. asked the Park County Commissioners to grant a special permit for the tower’s construction. The company said a speedy permit was necessary to get and use the funding thru the ConnectWyoming initiative – which required spending within a timeframe.

After a review by the Park County Planning Department, the commissioners approved the permit – which led to the lawsuit.

Based on the Board’s decision, landowner James Jolovich sued the Board. He said the height and location of the tower would obstruct his view of Heart Mountain and create electrical fields that would negatively impact his health.

Jovovich wanted the 150-foot tower shortened and moved. He claimed the Board was “arbitrary and capricious” by not moving the tower to another proposed location that would address his visual and medical concerns.

Another report by the county concluded that there will be little to no impact on views, as “the tower will not be tall enough or beacons, does not need to be guyed and does not emit radiation or noise.” A shorter tower would reduce the number of homes that broadband would reach, making it impractical.

Furthermore, the “5G” tower will only transmit at 3.6 GHz. T.C.T. affirms that cell phones cannot use the tower’s signal for mobile data.

“The record demonstrates that the Board has a rational basis for concluding that T.C.T.’s proposed broadband tower was not oversized, and the Park  County development  regulations did not require it to consider alternative sites for the tower.”

Ultimately, the alleged adverse health impacts of the tower did not factor into the court’s decision.