An event this weekend in Cody will bring a home-grown celebrity back to town, while raising money for two local foundations.

The second annual “Spin Cody” event on Saturday will raise money for two local charities – the Cody Regional Health Foundation and the Cody Recreation Foundation. The event features 30 teams riding spin bikes at the Paul Stock Aquatic and Recreation Center – and Kelly Bower with the Rec Center says there are several ways that teams can win prizes.

Annalea Avery with the Cody Regional Health Foundation says a bonus this year will be the presence of Quinn Rivera, a Cody High School graduate who represented his hometown as a contestant on NBC’s Titan Games in January. Avery says he’ll be kind of like a celebrity coach.

Proceeds from the event will go to purchase a state-of-the-art 3D mammography machine for Cody Regional Health, and will also help fund the splash park that’s planned to be installed at Mentock Park this summer.

GoFundMe Site Set Up to Help Family After Fire 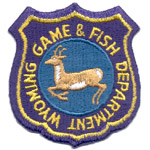