The Latest: Official: Govt to ease guidance on indoor masks

WASHINGTON — The Centers for Disease Control and Prevention is easing indoor mask-wearing guidance for fully vaccinated people, allowing them to safely stop wearing masks inside most places.
That’s according to a person briefed on the announcement, expected later Thursday from CDC Director Dr. Rochelle Walensky.

The new guidance will still call for wearing masks in crowded indoor settings like buses, planes, hospitals, prisons and homeless shelters, but could ease restrictions for reopening workplaces and schools.

The CDC also no longer recommends fully vaccinated people wear masks outdoors in crowds.
The more people get vaccinated, the faster infections will drop — and the harder it will be for the coronavirus to mutate enough to escape vaccines, according to health experts.

— By Zeke Miller and Michael Balsamo
___
THE VIRUS OUTBREAK:
— More school nurses, health corps part of $7.4 billion virus plan
— Britain’s Johnson concerned about rise of Indian virus variant in UK
— Nations once lauded for virus successes lag in vaccinations
— Driven by despair, Lebanese pharmacist looks to life abroad
___
— Follow more of AP’s pandemic coverage at https://apnews.com/hub/coronavirus-pandemic and https://apnews.com/hub/coronavirus-vaccine
___
HERE’S WHAT ELSE IS HAPPENING:
WASHINGTON — Many Latinos are forgoing COVID-19 shots because of concerns about losing work hours, getting a bill and immigration worries.

That’s according to a new poll that offers insights into how to raise vaccination rates among the nation’s largest ethnic minority. The Kaiser Family Foundation Vaccine Monitor poll finds that many Hispanics who remain unvaccinated want a shot. Overall, the poll found that 60% of white adults have gotten at least one shot, with 51% of Blacks and 47% of Latinos.

Latinos who have gotten vaccinated were about twice as likely as whites or Blacks to have received their shots at a community health center. Federally funded health centers cater to low-income people regardless of the patient’s immigration status.

The poll found 38% of Hispanic adults say a friend or close family member had died of COVID-19, compared with 18% of white adults. The share of Latinos saying they are very worried that they or a family member will get sick from the virus (41%) was four times higher than among whites.
___
WASHINGTON — The government is providing $7.4 billion to expand the nation’s public health capacity by hiring school nurses to vaccinate kids and creating a service corps around health care.
Biden administration coronavirus testing coordinator Carole Johnson says it’s part of a strategy to respond to immediate needs in the COVID-19 pandemic while investing to break the cycle of ‘boom and bust’ financing. About $4.4 billion will go to immediate priorities in fighting the pandemic.

That includes $3.4 billion for states and local health departments to step up hiring of vaccinators, contact tracing workers, virus testing technicians and epidemiologists, who are disease detectives trained to piece together the evidence on the spread of pathogens.

There’s also $500 million for hiring school nurses, who could play a key role in vaccination now that the Pfizer vaccine has been cleared for use by teenagers.

An additional $400 million will set up the Public Health AmeriCorps, a service program that enlists young people early in their careers. The money is expected to support tens of thousands of new jobs over a period of five years, Johnson says.
___
OKLAHOMA CITY — Some students, faculty and staff at the University of Oklahoma will be required to receive the coronavirus vaccine beginning June 1.

Those who interact with patients at the university’s medical centers and those who study abroad are required to be vaccinated, according to Oklahoma President Joseph Harroz, Jr.

And some, especially in Asia, are experiencing surges in coronavirus cases. In Japan, South Korea and New Zealand, vaccination rates are languishing in the single figures. Not only do those three countries rank worst among all developed nations in vaccinating their people against COVID-19, they also rank below many developing countries, such as Brazil and India. Australia is also performing comparatively poorly.

That compares to the U.S., where nearly half of all people have gotten at least one shot, and Britain and Israel, where rates are even higher.

Japan has fully vaccinated only about 1% of its population. The nation is facing a significant coronavirus outbreak just 10 weeks before it is to host the already delayed Tokyo Olympics — although without spectators from abroad.

Japan went through a more traditional approval process that required an extra layer of clinical testing for vaccines that had already been tested elsewhere and widely used. Then Japan faced a shortage of medical staff to administer them.
___
CAIRO — Egypt received its second shipment of vaccines from the international Covax initiative on Thursday.

Health Minister Hala Zayed says a shipment of 1.7 million AstraZeneca vaccines had arrived at Cairo international airport from the international alliance aimed at providing vaccines to middle and low-income countries.

The new shots arrive as the country encourages citizens to register for its vaccination campaign, expanding it beyond medical and tourism workers to the general population.

Health ministry spokesman Khaled al-Megahed says the country also received 500,000 additional doses of the Sinopharm vaccine, and materials for the country to begin production of that vaccine domestically by the end of the year. These two latest shipments put the total number of vaccines at 5 million, according to the ministry.

The daily reported coronavirus cases have surpassed 1,000 in the past two weeks. Last week, the government ordered a 9 p.m. curfew for restaurants, shops, cafes and social clubs and closed public beaches and parks for the duration of the Eid holiday, which starts on Thursday and continues through the weekend.

Egypt, with a population of 100 million people, has registered more than 240,927 confirmed cases and 14,091 deaths.
___
BUCHAREST, Romania — Coronavirus restrictions in Bucharest will be eased after its infection rate dropped below 1.5 per 1,000 inhabitants, authorities said on Thursday.
Restaurants, cafes, cinemas, and performance halls can operate indoors at 50% capacity. Between March and May, they faced weeks of indoor closures as the capital grappled with rapidly escalating coronavirus infections.

The capital’s prefect Alin Stoica says schools in Bucharest will continue to operate partly online until the capital’s infection rate drops below one per 1,000 inhabitants. He also says it is “encouraging” that one million Bucharest residents have received at least one vaccine dose.

This week, Romania’s government extended a state of alert for 30 days. Authorities are trying to vaccinate 5 million people by June 1 in the nation of more than 19 million.

So far, Romania has confirmed more than one million COVID-19 infections and nearly 30,000 deaths.
___
LONDON — British Prime Minister Boris Johnson says he’s concerned about the rise in the U.K. of the coronavirus variant first identified in India.

A closely monitored study of coronavirus infections in England has found that the variant of the virus is becoming more prevalent ahead of the next big easing of the lockdown.

In its latest assessment published Thursday, Imperial College London said overall cases have fallen to their lowest level since last August following a strict lockdown and a successful rollout of vaccines. The so-called REACT study found the Indian variant was identified in 7.7% of the 127,000 cases tested between April 15 and May 3.

The next easing in England is set to take place on Monday when two households will be able to mix indoors and pubs and restaurants will be able to serve customers inside, among other changes. The other nations of the U.K. — Scotland, Wales and Northern Ireland — have also laid out similar plans for the coming weeks.

The government hopes to lift most remaining restrictions on social contact in June. It’s unclear whether that will lead to a big increase in hospitalizations and deaths given most of those people deemed vulnerable have been vaccinated.

New infections are averaging around 2,000 a day across the U.K., compared with nearly 70,000 in January. There were 11 reported deaths on Wednesday. Overall, Britain has Europe’s highest confirmed death toll at more than 127,600.
___
TAIPEI, Taiwan — Taiwan has reported 13 domestic cases of COVID-19 as part of an emerging cluster of infections discovered this week across multiple parts of the island, its health minister Chen Shih-chung said at a daily press conference Thursday.

The source of infection is still under investigation for one case.
The remaining 12 cases, as well as other domestically transmitted cases discovered earlier in the week, all showed the same strain of the COVID-19 virus as the earlier cluster of cases that had started among pilots with the island’s China Airlines, health officials said.

Taiwan has counted a total of 1,256 cases of COVID-19 in the pandemic, and 12 deaths.
___
MADRID — Spain’s prime minister is announcing an increase in the number of COVID-19 vaccines available in his country to help achieve the national target of 33 million inoculated people by mid-August.

Prime Minister Pedro Sánchez says Spain will receive 13 million doses from Pfizer next month. That allows authorities to ramp up their vaccination campaign to 2.7 million people a week from 1.7 million.
Sánchez says Spain has 97 days to hit its target “and overcome the pandemic we’ve lived and suffered through for more than 12 months.”
___
COLOMBO, Sri Lanka — Sri Lanka’s government has banned travel throughout the country for three days in an effort to contain rapidly increasing COVID-19 cases.

The ban is effective from Thursday night until Monday morning. It does not apply to people engaged in essential services such as health, food supply and power. Those going to the airport for air travel or seeking medical treatment will also be allowed on the roads.

“All others are banned from leaving their houses and traveling on the roads,” said Gen. Shavendra Silva, the army commander and head of the National Operation Center for Prevention of COVID-19 Outbreak.
Health officials are grappling with a surge in cases since last month. The country has already banned public gatherings and parties, and has closed schools and restricted public transport.
Officials warn that cases could rise further in the next two weeks because of celebrations and shopping by people last month to mark the traditional new year.

The health ministry has confirmed 131,098 cases, including 850 fatalities.
___
FÁTIMA, Portugal — The Catholic shrine at Fátima in Portugal has allowed 7,500 worshippers to attend two annual Masses marking the day when three illiterate shepherd children first reported seeing visions of the Madonna.

Traditionally, around 100,000 people come for the two Masses at the small rural town’s huge shrine on the night of May 12 and morning of May 13, though last year it remained closed due to the COVID-19 pandemic.

The capacity was quickly reached on both Wednesday and Thursday, leaving hundreds outside the shrine’s gates, which were guarded by police.
Like the shrine at Lourdes, France, Fatima draws millions of pilgrims from around the world every year to give thanks to Our Lady of Fatima, or to pray for help.

Portuguese Cardinal José Tolentino Mendonça presided over the ceremonies and told the faithful he hoped that the suffering over the past year of the pandemic “can help to make us better: more spiritual, more human and more fraternal.”
___

Big $$ For A Famous Ranch 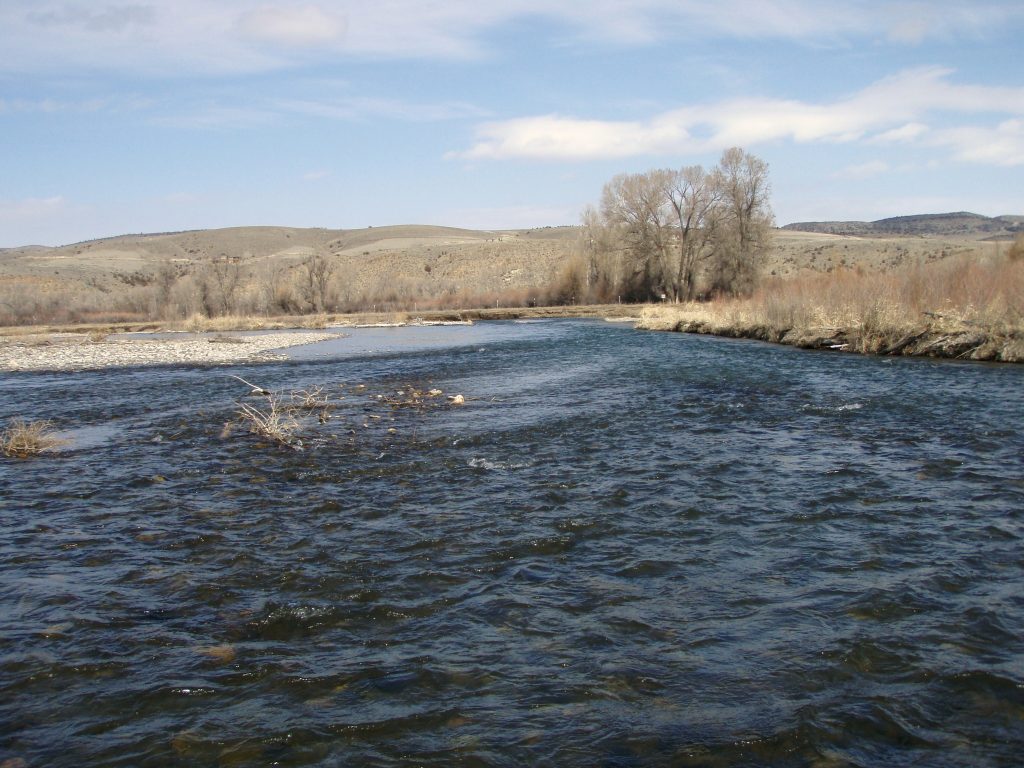 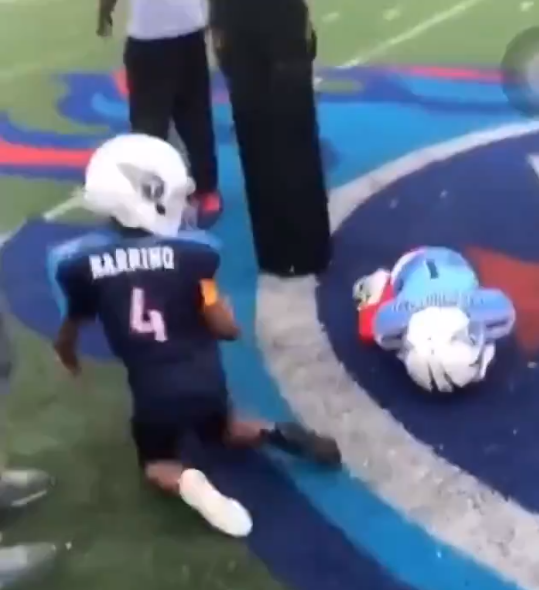