The National Weather Service is issuing flood warnings for both Rock Creek and the Clarks Fork Rivers in Carbon County. Red Lodge has water flowing down main street and according to early reports, no one in town has water.

The Carbon County Sheriff’s Office has issued the following notice:

“Rock Creek at Red Lodge has breeched the bank at the 19th Street Bridge. The bridge at 19th street is not safe to pass.

The Carbon County Sheriff has put the following area in Red Lodge on EVACUATION ORDER:

-Area East of Broadway and West of Rock Creek from 19th Street to 16th Street.

Park Avenue residents should exit to the south to Highway 308.

A shelter is in place at the Gruell Building at the Carbon County Fairgrounds.”

According to the Red Lodge Chamber of Commerce, “there are several areas where water has reached or exceeded river and irrigation ditch banks, along with several reports of water over the road.”

The Red Lodge Chamber is asking folks to continue to report water on county roads and highways.
Currently, the north entrance of East Side Road south of Red Lodge is closed due to high water. For now, the south East Side Road entrance is usable.
Two Mile Bridge Road is reporting water over the road, but it is still open. The Carbon County Road and Bridge Department is looking into the flooding, road closures, and is monitoring the situation.
Red Lodge Chamber asks, “Please be vigilant as you travel throughout the county, and stay back from rising and moving water. Keep livestock at higher levels if possible, and remember that water levels can change in a flash. TURN AROUND. DON’T DROWN.”
Tagged as Carbon County Flooding National Weather Service Red Lodge Area Chamber of Commerce 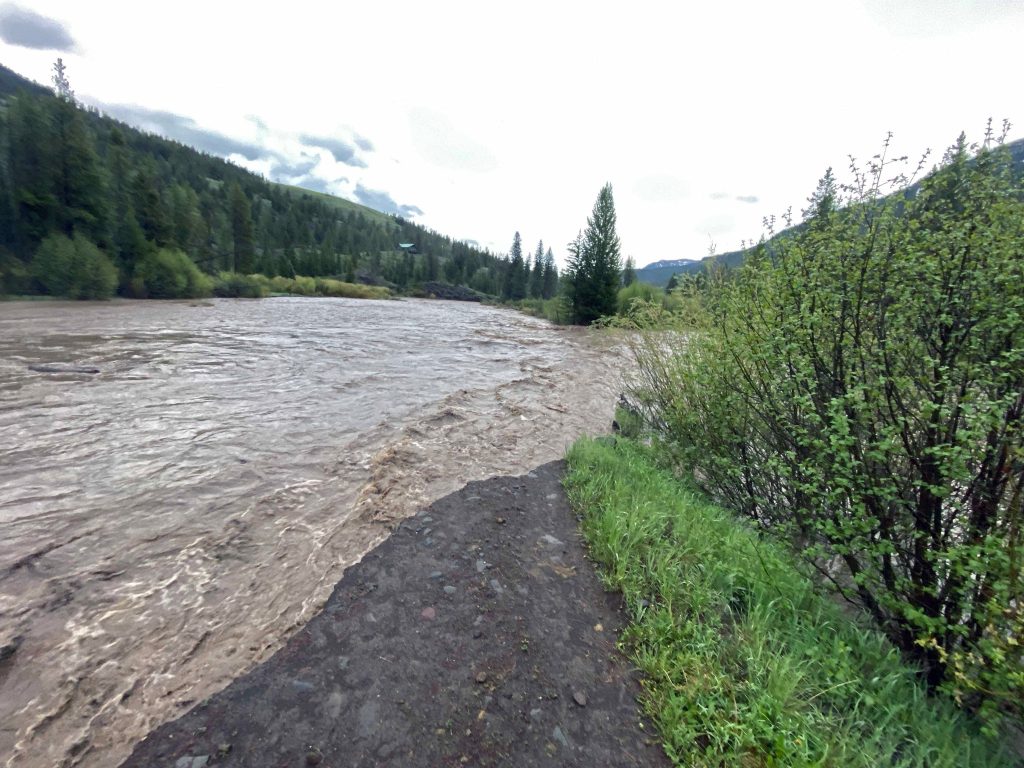