Traffic Increases in Parts of the State for Eclipse Viewing

While there has been a significant increase in traffic in other areas of the state, Cody hasn’t seen a big jump to this point.
Staff at the Cody Chamber of Commerce report that there has not been a significant increase in traffic at the Visitor’s Center over the weekend, although lodging is sold out in town. Because Cody is not in the path of totality, the majority of traffic through Cody and Yellowstone is expected after the eclipse.
However, large groups have already visited Park County as part of a broader vacation experience, with the focal point of their journey being today’s eclipse. A group of over 50 scouts from England took in the Buffalo Bill Center of the West on Friday as part of their eclipse experience – the group’s leader says they have been planning this trip for three years.
The Shoshone National Forest reports that parking at certain trailheads is already at capacity from eclipse viewers camping in advance of today’s event. 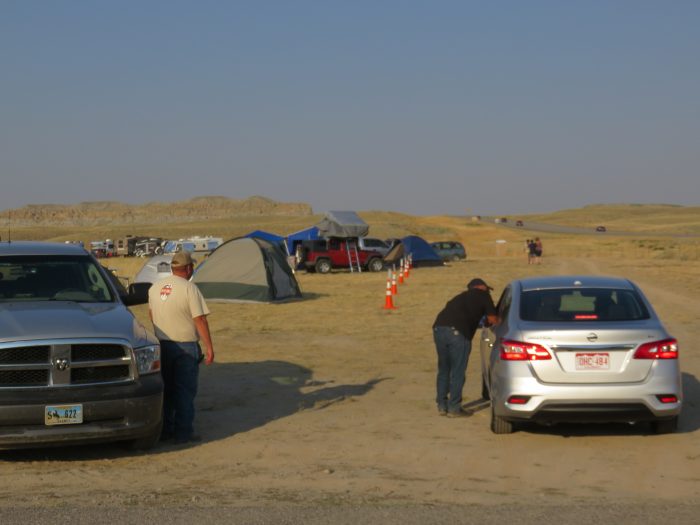 (photo credit WYDOT)
And Cody Beers with the Wyoming Department of Transportation says that so far, license plates from all over the world have appeared in Wyoming, including Hawaii on Sunday afternoon. He says that traffic in the Shoshoni area was heavy. Visitors are urged to slow down, watch for vehicles entering the highway, and to buckle seat belts.
(Featured Photo from Shoshone National Forest)

Safety of Concern for Eclipse