KYIV (AP) — A U.N. nuclear watchdog team set off on an urgent mission Monday to safeguard the Russian-occupied Zaporizhzhia atomic power plant at the heart of fighting in Ukraine, a long-awaited trip the world hopes will help avoid a radioactive catastrophe. 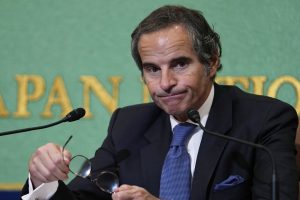 The stakes couldn’t be higher for the International Atomic Energy Agency experts who will visit the plant in a country where the 1986 Chernobyl disaster spewed radiation throughout the region, shocking the world and intensifying a global push away from nuclear energy.

“Without an exaggeration, this mission will be the hardest in the history of IAEA,” Ukrainian Foreign Minister Dmytro Kuleba said.

Underscoring the urgency, Ukraine and Russia again accused each other of shelling the wider region around the nuclear power plant, Europe’s largest, which was briefly knocked offline last week. The dangers are so high that officials have begun handing out anti-radiation iodine tablets to nearby residents.

To avoid a disaster, IAEA Director-General Rafael Grossi has sought access for months to the Zaporizhzhia plant, which Russian forces have occupied since the early days of the six-month-old war. Ukrainian nuclear workers have been operating the plant. 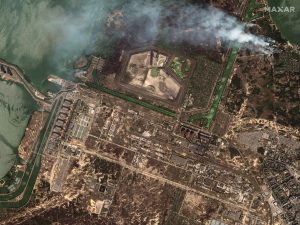 This satellite image provided by Maxar Technologies shows bush fires outside of the main power plant facilities at the Zaporizhzhia nuclear plant in Russian occupied Ukraine, Monday Aug. 29, 2022. A team from the U.N. nuclear watchdog on Monday started its journey to the Zaporizhzhia atomic power plant at the heart of fighting in Ukraine, a long-awaited mission to inspect crucial safety systems that the world hopes will help avoid a catastrophe. (Satellite image ©2022 Maxar Technologies via AP)

“The day has come,” Grossi tweeted Monday, adding that the Vienna-based IAEA’s “Support and Assistance Mission … is now on its way.”

Ukraine’s Foreign Ministry spokesman said the team, which Grossi heads, was scheduled to arrive in Kyiv on Monday. In April, Grossi had headed an IAEA mission to Chernobyl, which Russian forces occupied earlier in the war.

The IAEA said that its team will “undertake urgent safeguards activities,” assess damage, determine the functionality of the plant’s safety and security systems and evaluate the control room staff’s working conditions.

Ukraine’s nuclear energy agency, Energoatom, warned Monday of Russian attempts to cover up their military use of the plant.

“The occupiers, preparing for the arrival of the IAEA mission, increased pressure on the personnel … to prevent them from disclosing evidence of the occupiers’ crimes at the plant and its use as a military base,” Energoatom said, adding that four plant workers were wounded in Russian shelling of the city where they live.

Ukraine accused Russia of new rocket and artillery strikes at or near the plant, intensifying fears that the fighting could cause a massive radiation leak. So far, radiation levels at the facility, which has six reactors, have been reported to be normal. 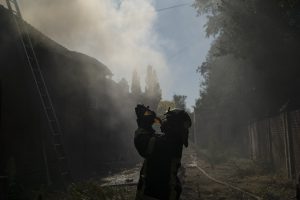 A firefighter takes a break to drink water as he works to extinguish a fire after a Russian attack that heavily damaged a building in Sloviansk, eastern Ukraine, Monday, Aug. 29, 2022. (AP Photo/Leo Correa)

Ukraine has alleged that Russia is essentially holding the plant hostage, storing weapons there and launching attacks from around it, while Moscow accuses Ukraine of recklessly firing on the facility.

World leaders have called on the Russians to demilitarize the plant. Satellite images provided by Maxar Technologies on Monday showed armored personnel carriers on a road near the reactors, damage to a building’s roof also near the reactors, and brush fires burning nearby.

Ukraine reported more Russian shelling in Nikopol, across the Dnieper River from the nuclear power plant, with one person killed and five wounded. Relentless shelling has hit the city for weeks. In Enerhodar, a few kilometers from the plant, the city’s Ukrainian mayor, Dmytro Orlov, blamed Russian shelling for wounding at least 10 residents.

Kuleba, Ukraine’s foreign minister, said in Stockholm that he expects the IAEA mission to produce “a clear statement of facts, of violation of all nuclear, of nuclear safety protocols.” He added, “We know that Russia is putting not only Ukraine, but also the entire world at threat at the risk of nuclear accident.”

In Moscow, Kremlin spokesman Dmitry Peskov said Russia will ensure the IAEA mission’s security, and he called on other countries to “raise pressure on the Ukrainian side to force it to stop threatening the European continent by shelling the territory of the Zaporizhzhia nuclear power plant and surrounding areas.”

Over the weekend, Energoatom painted an ominous picture of the threats at the plant by issuing a map forecasting where radiation could spread if a leak occurred.

Elsewhere on the battlefield, the Ukraine military claimed it had breached Russia’s first line of defense near Kherson just north of the Crimea, the peninsula that Russia annexed from Ukraine in 2014. Such an advance would represent a strategic breakthrough — if confirmed. Kherson is the biggest Ukrainian city that the Russians now occupy, and reports about Ukrainian forces preparing for a counteroffensive in the region have circulated for weeks.

Residents reported explosions Monday at a Kherson-area bridge over the Dnieper River that is a critical Russian supply line, and Russian news reports spoke of air defense systems activating repeatedly in the city, with nighttime explosions in the sky Monday night.

Russian-installed officials, citing Ukrainian rocket strikes, announced the evacuation of residents of nearby Nova Kakhovka — a city that Kyiv’s forces frequently target — from their workplaces to bomb shelters on Monday. In another Kherson region city, Berislav, Russian news agencies reported that Ukrainian shelling had damaged a church, a school and other buildings.

But in a war rife with claims and counterclaims that are hard to verify independently, the Moscow-appointed regional leader of Crimea, Sergei Aksyonov, dismissed the Ukrainian assertion of an offensive in the Kherson region as false. He said Ukrainian forces have suffered heavy losses in the area. And Ukraine’s presidential adviser, Mykhailo Podolyak, cautioned against “super-sensational announcements” about a counteroffensive.

Ukrainian President Volodymyr Zelenskyy reacted to speculation about whether his forces had launched a major counteroffensive in southern Ukraine by asking in his nightly video address Monday, “Anyone want to know what our plans are? You won’t hear specifics from any truly responsible person. Because this is war.” 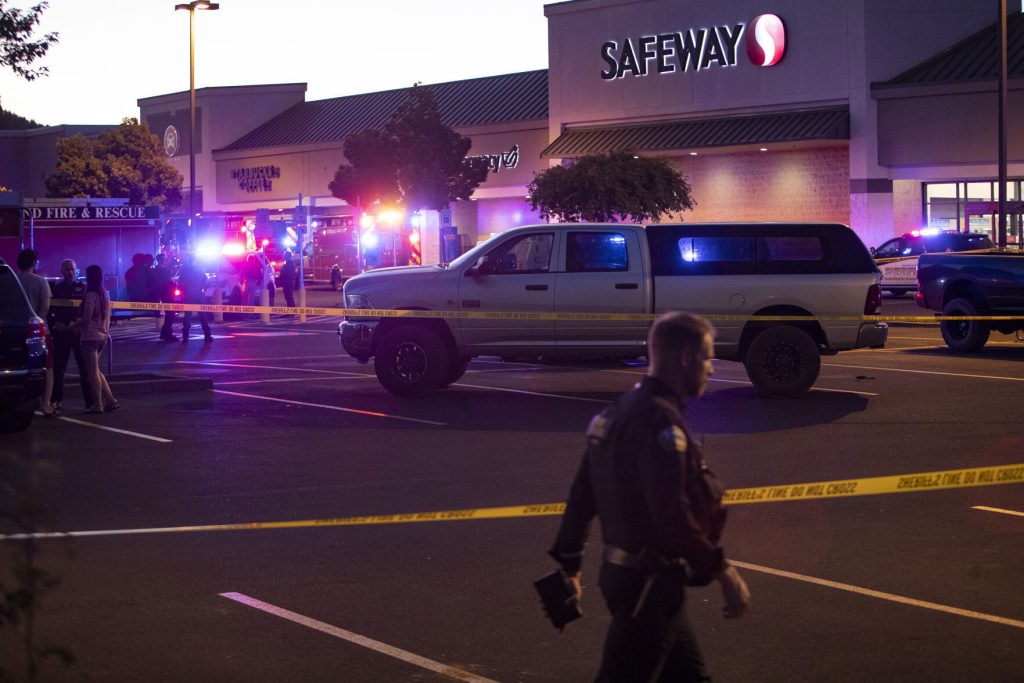