United Airlines returned to Cody yesterday.
Just 11 people arrived on the 12:40 flight yesterday to mark the return of the airline’s twice-daily service from Cody to Denver. 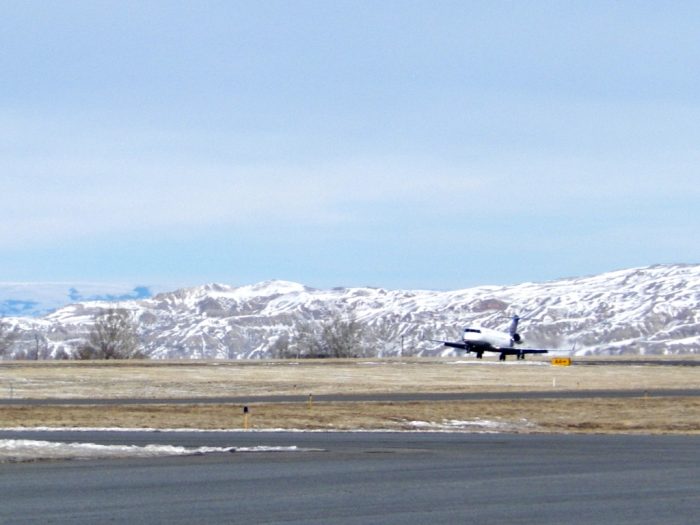 But despite the low numbers of arrivals on the first winter flight into Cody in two years, 36 people were on the plane that took off just a short while later, and this morning’s departure has 41 people aboard the aircraft that holds 50 passengers. One YRA official noted that it’s a good way to start the new Essential Air Service contract.
Although the company has continued to provide flights during the busy summer season, United hasn’t flown to Cody in the winter since it lost the federal air service subsidy two years ago. Delta Airlines, doing business as SkyWest, has been servicing the region since spring of 2016, with a quality of service appreciated by both members of the community and the Yellowstone Regional Airport Board.
However, Delta’s bid for the most recent Essential Air Service contract came in $400,000 more than United’s, and the Federal Transportation Commission made their decision based on finances, overriding the recommendations of the Cody-Yellowstone Air Improvement Group and the YRA board.
YRA officials say that United at this time does not plan to provide a Chicago to Cody flight this year, but will continue to offer two flights a day year-round as a provision of the Essential Air Service contract for the next two years. And Delta will provide additional flights in the summer, during the busy tourist season.