The Warriors would have a clean sweep against all three teams. Losing only five matches all night long.

The Bulldogs won one match by fall, the other by decision. Seven Warrior Wrestlers would win by fall with a combined total of 2:50 seconds. Colton Woffinden at the 145 pound class pinned his opponent in .03 seconds. The Warriors would get their second win 72-9.

The final dual would be against the Powell Panthers. Of the fourteen weight classes the Warriors won thirteen of the matches by fall. The one that wasn’t by fall was a forfeit of the weight class. Worland beat Powell 84-0.

After the matches I asked Head Wrestling Coach Josh Garcia about his theory that more matches make better wrestlers. His thought on having a team with so much talent. “You can’t get away with having five tough kids. You got to have fifteen to twenty tough guys in Wyoming to be able to compete.”

Practicing against each other? “If you got a good 120 pounder, he wrestles with your 13 pounder (113 pound) and your 126 pounder so that makes them better.” Coach Garcia would say about his wrestlers. “After awhile that gets contagious and those kids make each other better.”

The Worland Warrior Wrestling team has become a force in the State of Wyoming Wrestling. Worland will be in Lander on Saturday. Like KWOR1340 on Facebook, listen to updates on KWOR 104.7FM/1340AM and online mybighornbasin.com 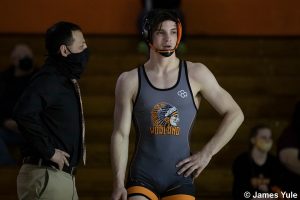 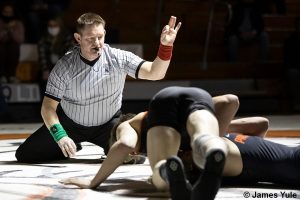 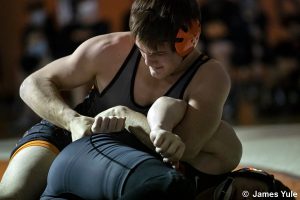 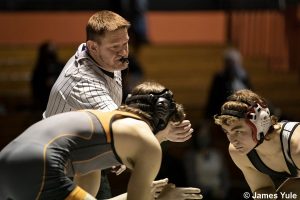 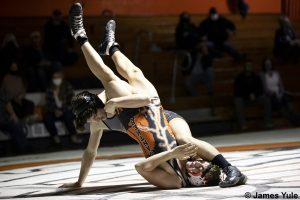 Cody Basketball to Face Pair of Conference Foes this Weekend

Northwest College Athletics are Back