CODY, Wyo. (AP) — The rush to build wind farms to combat climate change is colliding with preservation of one of the U.S. West’s most spectacular predators — the golden eagle — as the species teeters on the edge of decline. 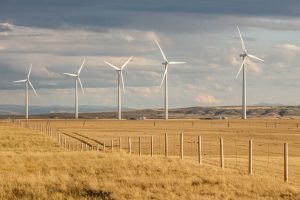 Ground zero in the conflict is Wyoming, a stronghold for golden eagles that soar on 7-foot (2-meter) wings and a favored location for wind farms. As wind turbines proliferate, scientists say deaths from collisions could drive down golden eagle numbers considered stable at best.

Yet climate change looms as a potentially greater threat: Rising temperatures are projected to reduce golden eagle breeding ranges by more than 40% later this century, according to a National Audubon Society analysis.

That leaves golden eagles doubly vulnerable — to the shifting climate and to the wind energy promoted as a solution to that warming world.

“We have some of the best golden eagle populations in Wyoming, but it doesn’t mean the population is not at risk,” said Bryan Bedrosian, conservation director at the Teton Raptor Center in Wilson, Wyoming. “As we increase wind development across the U.S., that risk is increasing.”

Turbine blades hundreds of feet long are among myriad threats to golden eagles, which are routinely shot, poisoned by lead, hit by vehicles and electrocuted on power lines.

The tenuous position of golden eagles contrasts with the conservation success of their avian cousins, bald eagles, whose numbers have quadrupled since 2009. There are an estimated 346,000 bald eagles in the U.S., versus about 40,000 golden eagles, which need much larger areas to survive and are more inclined to have trouble with humans.

Federal officials have tried to curb turbine deaths, while avoiding any slowdown in the growth of wind power as an alternative to carbon-emitting fossil fuels — a key piece of President Joe Biden’s climate agenda.

In April, a Florida-based power company pleaded guilty in federal court in Wyoming to criminal violations of wildlife protection laws after its wind turbines killed more than 100 golden eagles in eight states. It was the third conviction of a major wind company for killing eagles in a decade.

Despite the deaths, scientists like Bedrosian say more turbines are needed to fight climate change. He and colleague Charles Preston are finding ways wind companies can reduce or offset eagle deaths, such as building in areas less frequented by the birds, improving habitat elsewhere or retrofitting power poles to make them less perilous when eagles land.

“It’s robbing Peter to pay Paul, but it’s a start and I think it’s the way to go,” Preston said. “It’s a societal question: Is there room for them and us? It’s not just golden eagles. They are kind of a window into the bigger picture.”

___
Dangling from a rope 30 feet (9 meters) above the ground with a canvas bag slung around his neck, Bedrosian shouldered his way into a golden eagle nest lodged in a cliff ledge in northwestern Wyoming. As an adult eagle circled in the distance, the scientist made an awkward grab for the young eagle in the nest, slid a leather hood over its head then wrestled the bird into the bag.

The 6-week-old bird was lowered and carefully extracted by Preston, a zip tie around its feet as a precaution against talons more than an inch long.

“The key is not to forget later to cut the zip tie,” Bedrosian said.

The eaglet went on a scale — about 7 pounds (3.2 kilograms). Bedrosian drew some blood from a wing to test for lead exposure, and Preston clamped onto each leg a metal band with numbers for identification if the eagle’s recaptured or found dead.

Golden eagles don’t mate until about 5 years old and produce about one chick every two years, so adult eagle deaths have outsized impacts on the population, Bedrosian said.

Illegal shootings are the biggest cause of death, killing about 700 golden eagles annually, according to federal estimates. More than 600 die annually in collisions with cars, wind turbines and power lines; about 500 annually are electrocuted and more than 400 are poisoned.

“Wind mortality wasn’t a thing for golden eagles 10 years ago,” Bedrosian said. “I don’t want to pick on wind as the only thing. … But it’s the additive nature of all these things and several are increasing. Vehicle strikes are increasing. Climate change is increasing. Wind is increasing.”
___
Federal officials won’t divulge how many eagles are reported killed by wind farms, saying it’s sensitive law enforcement information. The recent criminal prosecution of a subsidiary of NextEra Energy, one of the largest U.S. renewable energy providers, offered a glimpse into the problem’s scope.

The company pleaded guilty to three counts of violating the Migratory Bird Treaty Act and was ordered to pay more than $8 million in fines and restitution after killing at least 150 eagles — including more than 100 goldens at wind farms in Wyoming, California, New Mexico, North Dakota, Colorado, Michigan, Arizona and Illinois.

Government officials said the mortality was likely higher because some turbines killed multiple eagles and carcasses are not always found.

Prosecutors said the company’s failure to take steps to protect eagles or to obtain permits to kill the birds gave it an advantage over competitors that did take such steps — even as NextEra and affiliates received hundreds of millions of dollars in federal tax credits for wind power.

The company remained defiant after the plea deal: NextEra President Rebecca Kujawa said bird collisions with turbines were unavoidable accidents that should not be criminalized.

Utilities Duke Energy and PacifiCorp previously pleaded guilty to similar charges in Wyoming. North Carolina-based Duke Energy was sentenced in 2013 to $1 million in fines and restitution and five years probation following deaths of 14 golden eagles and 149 other birds at two of the company’s wind projects.

A year later, Oregon-based PacifiCorp received $2.5 million in fines and five years probation after 38 golden eagle carcasses and 336 other protected birds were discovered at two of its sites.
___
The number of wind turbines nationwide more than doubled over the past decade to almost 72,000, according to U.S. Geological Survey data, with development overlapping prime golden eagle territory in states including Wyoming, Montana, California, Washington and Oregon.

USGS scientists concluded in a recent study that if anticipated growth in wind energy by 2040 occurs, increased turbine-caused deaths could cut golden eagle populations by almost half over 10 years.

However, the fact that no population-wide declines have been seen in recent years suggests some uncertainty in the projections. said lead author Jay Diffendorfer.

Federal wildlife officials are pushing wind companies to enroll in a permitting program that allows them to kill eagles if the deaths are offset.

Nationwide, 34 permits in place last year authorized companies to “take” 170 golden eagles — meaning that many birds could be killed by turbines or lost through impacts on nests or habitat.

For each loss, companies are responsible for ensuring at least one eagle death is avoided somewhere else. Using conservative estimates that overcount potential deaths could even mean a gain of eagles in the long run, said Brian Millsap, who heads the U.S. Fish and Wildlife Service’s eagle program.

“This sounds crass but it’s realistic. Eagles are going to be incidentally killed at wind farms,” he said. “We’ve got to reduce other things that will allow wind energy development.”

Agency officials would not disclose which companies hold permits. An Associated Press public records review shows most are wind farms.

Fish and Wildlife Service officials declined to release the data because they said it could be used in future law enforcement cases.

The nests where Bedrosian and Preston are doing population studies are about 60 miles (96 kilometers) from the nearest wind farm — 114 turbines that PacifiCorp began operating about two years ago near the Wyoming-Montana border.

Personnel on site scan the skies with binoculars for eagles and can shut down turbines when the birds approach.

“We tend to see more golden eagles in prairie areas where you’re going to have the best wind regimes,” said Travis Brown, a biologist with PacifiCorp. “It’s almost like competition for the wind resource because the birds are using it for movement.”

Ten PacifiCorp wind farms have permits authorizing the incidental killing of eagles and an application is pending for two more, the company said.

Company representatives declined to say how many eagles have died under its federal permits. They said PacifiCorp’s been building a “bank” of retrofitted power poles to offset eagle deaths and also wants to try new approaches such as painting turbine blades to be more visible and easier to avoid.

“We’re working as hard as we can to avoid and minimize (deaths) up front, and then anything we can’t we’re mitigating on the back end,” Brown said. 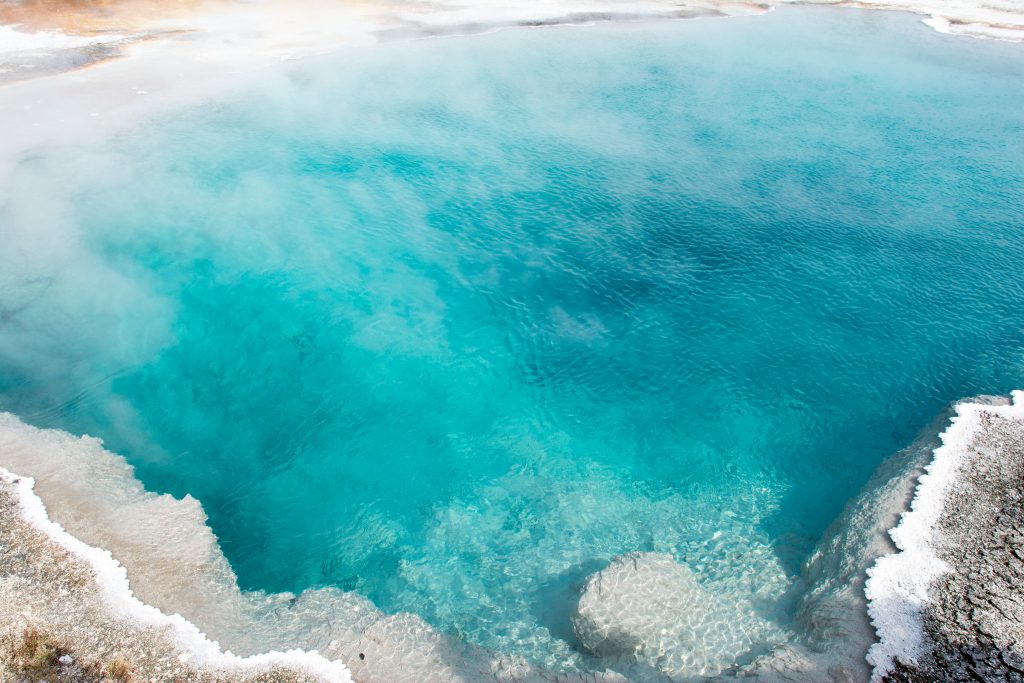