Drivers traveling through the Wind River Canyon this morning should expect delays as a rockslide has blocked travel between Shoshoni and Thermopolis.

WYDOT officials say there is no estimated time when the highway will reopen. A large rock is blocking a full lane of the highway, and crews from Shoshoni and Thermopolis have been working all night to break up the boulder.

The slide is the most recent event that has hampered motorists, after days of rain loosened the rocks in canyons alongside Wyoming highways.

Highway 14 felt the impact of heavy rainfall over the Memorial Day weekend resulting in a number of rockslides encroaching onto the roadway at several locations in the Bighorn Mountains the last few days.

A portion of the highway just west of Dayton at mile marker 81 has slid and has resulted in a lane closure. This area is referred to as the White Cross slide area and is scheduled for repair later this summer, but WYDOT officials say contractors will begin work on that reconstruction immediately.

Drivers on Highway 16 between Ten Sleep and Buffalo are cautioned that a mudslide at milepost 83.5 has hampered traffic, and are advised to proceed with caution. And a landslide has resulted in a reduced speed limit between Cody and the Montana State Line on the Chief Joseph Scenic Highway.

Falling rock advisories are still in effect on all mountain highways throughout northwest Wyoming. 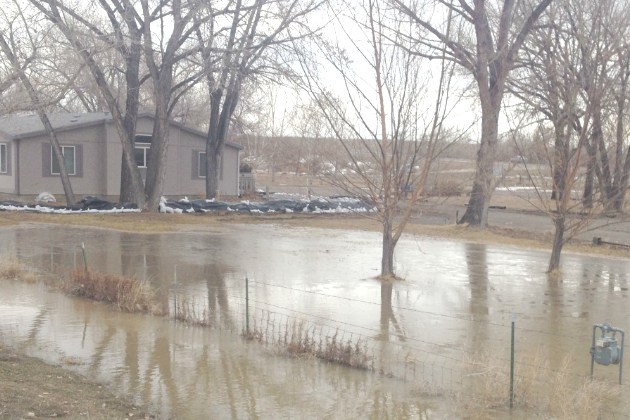