Head Basketball Coach Aaron Abel says “Play like bees on defense and robots on offense.” The full court press the Warriors often run looks just like that. A swarm of bees. Friday Worland held Mountain View to 54 points. They also held both of the Buffalo leading scorers to under 10 points each. Winning 76-54 Friday at Warrior gym.

Friday night had four Warriors in double digit scoring. Mack Page had 16 as the leading scorer. Brock Douzenis had 13, Court Gonzalez and Rudy Sanford each had 12. Oddly enough Sanford did not take a single 3 point shot on Friday after his six 3 pointers on Monday against New Castle.

The Warriors are ranked number one in the State of Wyoming in 3A basketball. They are also the number one scoring team in the state and 2nd in points allowed. Worland seems to be balanced on both ends of the court.

Worland is also deep. Using all 12 players Friday. The starting 5 began each half together but that doesn’t last long. After the flow of the defense is set the substitutions begin. Every combination is used.

The Warriors travel to Cody on Tuesday. That game can be heard on KWOR 104.7FM or 1340AM also online at mybighornbasin.com 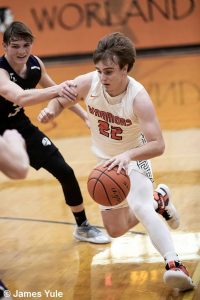 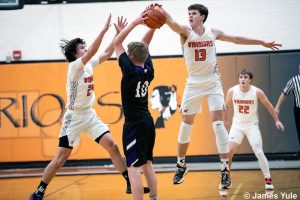 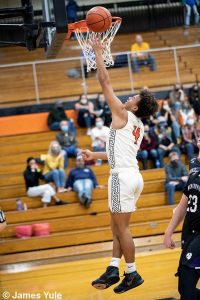