Numerous factors on Big Horn Avenue make it difficult to find a solution, but a solution will be found.

WYDOT released a statement on how the situation at Big Horn Avenue and Freedom Street will be handled after a Cody Middle School student narrowly avoided a serious accident with a semi-truck. The student only suffered minor injuries but galvanized the Cody community into wanting a solution.

WYDOT wants and is focusing on the best long-term solution to ensure pedestrian safety with the least amount of impact on the area.

While short-term solutions are being explored and may be implemented, WYDOT officials say these will not be enough to solve the problem.

“We don’t believe a decision based on safety and good engineering would involve simply painting a crosswalk on the highway, nor simply installing a flashing sign,” says Pete Hallsten, WYDOT District Engineer in Basin.

“We would be concerned with installing an arbitrary at-grade crossing that would give a false sense of security to a pedestrian, especially with the 5 lanes that a pedestrian must cross, operating speeds of vehicles on Big Horn Avenue, the fact that Freedom and Robert streets don’t line up from the south to north, and the east-west orientation of Big Horn Avenue, which results in sight issues with sunrise and sunset.”

A number of factors – the 68-foot crossing length, offset intersections, the volume and speed of daily traffic – that would make a lighted pedestrian crossing impractical and unsafe on Bighorn Avenue.

A lighted crossing – like the one at Sheridan Avenue and 10th Street for Cody High School – was one solution proposed by Park County School District #6 superintendent Peg Monteith. Monteith’s position is that something – anything – needs to happen before the next incident inevitably happens and could easily be more serious.

Possible long-term solutions being tentatively considered by WYDOT to include an at-grade crossing with a traffic signal or a grade-separated crossing, such as a pedestrian overpass. These would be large-scale projects that would alter traffic patterns and the properties of adjacent landowners, thus adding to the complications of solving the problem.

Every institution involved is agreed on the most important point: there is a problem on Big Horn Avenue and it needs to be solved.

The timelines and scale of the solution may vary, but short-term actions are being taken.

“Our immediate proactive action will be to articulate a more-defined plan for vehicle management,” Hallsten said. “This plan must include school traffic, vehicular traffic, and pedestrian movements on both sides of the highway so science-based engineering decisions can be made.”

Northwest College Athletics are Back 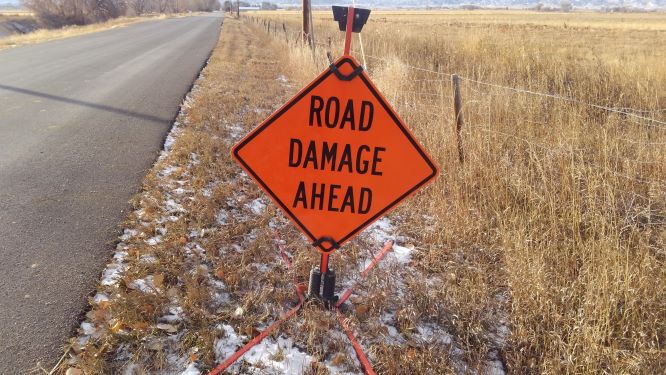