After a crowd of angry supporters of President Donald Trump breached the U.S. Capitol building yesterday afternoon, members of the U.S. Senate and House of Representatives were told to take shelter, suspending the effort to certify electoral college votes from the 2020 Election.

Cynthia Lummis – Wyoming’s junior senator sworn in Sunday, Jan. 3, to replace Mike Enzi — was one of the dozen senators opposing the certification of electoral votes. She too voiced her unambiguous disapproval of the riots.

Call it what it is: An attack on the Capitol is an attack on democracy. Today we are trying to use the democratic process to address grievances. This violence inhibits our ability to do that. Violent protests were unacceptable this summer and are unacceptable now.

Senator John Barrasso was more succinct but just as adamant in condemning these actions.

This violence and destruction have no place in our republic. It must end now.

The strongest condemnation of Wednesday’s actions came from Representative Liz Cheney. Cheney was interviewed live on NBC News while the Capitol was still occupied by rioters.

“We have very deep and clear political differences in this country, but we don’t resolve those differences by mob violence,” Cheney said during the interview. “It doesn’t matter what side of those issues you stand on. The President of the United States’ statement now, in my view, was completely inadequate – what he has done and what he caused here is something that we’ve never seen before in our history. It has been 245 years and no president has ever failed to concede or agree to leave office after the Electoral College has voted. I think what we’re seeing today is a result of that – a result of convincing people that somehow Congress was going to overturn the results of this election, a result of suggesting he wouldn’t leave office. Those are very, very dangerous things. This will be remembered, and this will be part of his legacy, and it is a dangerous moment for our country.”

Representative Cheney has been the most vocal opponent of the effort by Congressional Republicans to block electoral votes – the final gesture to confirm that Joe Biden won the 2020 Election and will become the 46th President of the United States.

Cheney tweeted her sentiments again before the joint session of Congress began on Wednesday:

We have sworn an oath under God to defend the Constitution. We uphold that oath at all times, not only when it is politically convenient.

Congress has no authority to overturn elections by objecting to electors. Doing so steals power from the states & violates the Constitution.

On the state level, Governor Mark Gordon released a statement similarly condemning the unpatriotic actions of the Capitol rioters.

The United States is resilient. It has weathered many storms because of our form of government and our remarkable Constitution. The violence that we are witnessing in the US Capitol dishonors our legacy and denigrates the “Shining City on the Hill” Ronald Reagan spoke of. 1/3

The Latest: Pressure mounts on Trump to condemn protesters 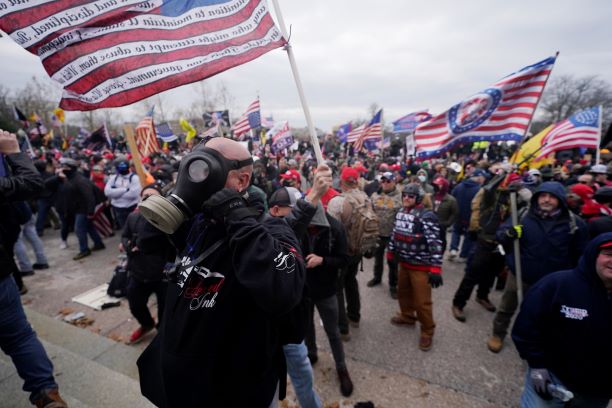