Diamond Wings Upland Game Birds has five more years to see if they can become the first organization in the nation to breed captive greater sage grouse.

One of the many bills passed by the 66th Wyoming Legislature is Senate File 61. Senate File 61 removes the expiration date for “certifications for greater sage grouse game bird farms.”

In the legislature, Senate File 61 passed through the Senate and the House Travel, Recreation and Wildlife Committee with difficulty. Once in the House received a unanimous recommendation and passed in a 44-15-1 vote.

Rather than end the five-year certifications, the legislature voted to extend them for another five-year period.

Diamond Wings struggled through the first five years of its existence, but now the commercial operation is eager to establish a breeding population in captivity.

The Powell Tribune reports building the expensive facility was enough of a struggle alone. But once completed, the true struggle began – finding wild nests and raising sage grouse eggs.

In 2021, Diamond Wings became the first game bird farm to successfully hatch sage grouse in captivity after the successful hatching of seven grouse chicks. While an immense achievement, the true goal is to establish a breeding population, which is a much more difficult task.

The idea of a commercial operation taking eggs and raising birds doesn’t still well with conservation organizations and wildlife advocates.

Both organizations see the actions of operations like Diamond Wings as doing more harm than good. Part of their concern is commercial operations working outside the parameters set by agencies like the U.S. Fish and Wildlife Service.

“Gathering wild eggs to raise sage grouse in captivity for private financial gain cuts against decisions Wyoming leaders made long ago to prevent the privatization of Wyoming’s native wildlife. Further, releasing captive-bred birds into the wild can increase the risk of spreading disease and can put additional stresses on wild populations,” said David Willms, senior director of Western wildlife and conservation at the National Wildlife Federation. “In short, this bill is bad for sage grouse and runs counter to Wyoming values that our wildlife belongs to everyone.”

Greater sage grouse are a critical Wyoming species that, despite recent recoveries, remain on the precipice of extinction.

Wyoming Game and Fish released an early assessment of 2021’s sage grouse numbers. Based on those numbers, there are indications sage grouse reproduction declined slightly in the last year.

In March 2021, the U.S. Geological Survey released the most comprehensive study of sage grouse population trends ever undertaken. Research across 11 western states showed populations declining at faster rates across much of the bird’s natural habitat. Western Wyoming is the only area with stable populations.

The number of greater sage grouse nationwide, according to the U.S.G.S., is less than a quarter of the population recorded 50 years ago.

The goal of wildlife advocates and Diamond Wings Upland Game Birds is the same – to ensure the survival of greater sage grouse. Nevertheless, the debate over the best way to accomplish this goal is ongoing. 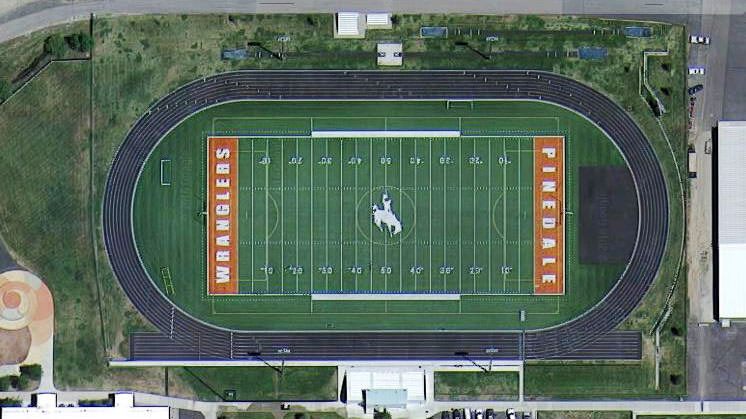