The man sent threatening voicemails to several Wyoming politicians, saying they would be killed if they let Florida representative Matt Gaetz come to Wyoming.

MSN reports that 51-year-old Laramie resident Christopher Podlesnik faces seven counts of transmitting threats with interstate violence. This is a result of calls he left with Wyoming politicians.

Podlesnik called both Senator John Barrasso and Cynthia Lummis. He wanted to convey a message regarding Florida representative Matt Gaetz.

Gaetz made national news with his recent visit to Wyoming. On the Capitol building steps in Cheyenne, Gaetz urged Wyoming Republicans to remember the 2020 Election and vote accordingly in 2022.

The target of Gaetz’s visit was Wyoming Representative Liz Cheney. After she voted for former President Donald Trump’s impeachment, many local and national Republicans – including Gaetz – hope to prevent Cheney’s reelection in 2022.

Gaetz’s visit didn’t sit well with Podlesnik. It compelled him to reach out to both of Wyoming’s U.S. senators and an unidentified state senator on Jan. 28 – the same day as Gaetz’s visit.

The message was clear: if the U.S. senators allowed Representative Gaetz to come to Wyoming, Podlesnik would kill both of them and Gaetz.

This is the version of events prosecutors with the Department of Justice told during a preliminary hearing. Podlesnik sent a total of seven expletive-filled voicemails to the senators and one to Gaetz specifically.

A release from the Department of Justice, U.S. Attorney’s Office – District of Wyoming identifies Podlesnik as a Laramie resident.

Podlesnik faces up to five years in prison, a fine of up to $250,000, and three years of supervised release if convicted. The maximum sentence for the seven charges is 35 years in prison 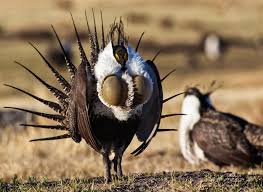