To put it bluntly, the National Park Service’s reconstruction efforts (along with Oftedal Construction, the Federal Highway Adminstration, and funding from the Emergency Relief for Federally Owned Roads) have been nothing short of heroic.

Today marks four months since the flooding in June. 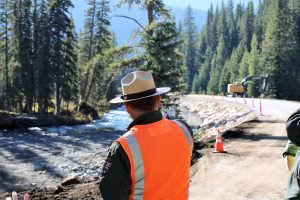 “I’ve never seen this level of coordination and collaboration in such a short amount of time, getting so much done,” Sholly says.

The Northeast Entrance Road has remained closed since the historic flood event in June, which caused significant damage to approximately five sections of the road. That will change this Saturday with efforts fully underway to open the entrance. 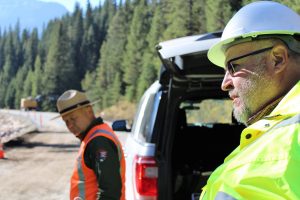 While riding to the construction site with Ms. Veress, she outlined her journey with the National Park Service (NPS), which started with a summer job in college. “I got a job at Yosemite, that’s where I started,” Veress says.

After graduating from college, Veress decided to stay with NPS moving from park to park for a time – usually West of the Rockies. She’s been in Yellowstone for eight years. Currently, as the Public Information Specialist, she handles a wide and, at times, bizarre set of questions from the public. 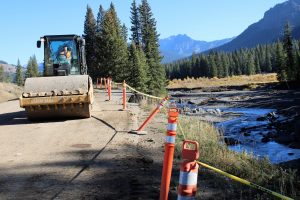 “I never know what I’m going to find. My first email, seriously, on Tuesday – after the holiday – the first email I opened in the morning was about aliens,” Veress says. The person who emailed Veress was not talking about “illegal aliens,” they were asking about extraterrestrial life forms.

“They were asking about aliens on federal lands, so, you never know,” Veress says humorously. “And then there was a time, I don’t know, a few years ago, somebody sent me a video and wanted us to confirm that it was a family of Bigfoot – Bigfeet – at Old Faithful in the winter,” Veress explains.

At present, Yellowstone National Park can neither confirm nor deny the presence of “Bigfoot.” Although, Veress says she told the folks inquiring about Bigfoot, “it might have been snowmobilers.” 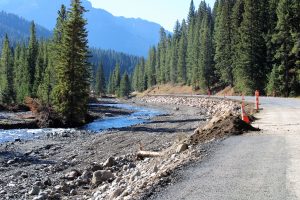 Cooke City residents use the Northeast Entrance for travel as it is the only road that’s open all winter. In October, Yellowstone’s interior roads (Canyon Village, Old Faithful, West Yellowstone, South to Jackson, etc.) close during colder months.

Discussing road damage from the floodwaters, Superintendent Sholly says, “the riprap wall they built…what we’ve found is that the areas of the corridor that had riprap were unaffected by the flood.”

Riprap, also known as “rock armor,” is human-placed rock or rubble used to protect shoreline structures against water and ice erosion. Riprap is commonly made from granite and modular concrete blocks.

Additionally, riprap impacts the amount of organic material in a waterbody by acting as a filter, often catching wood and leaves before they enter the water. 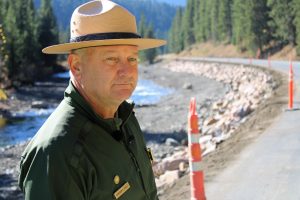 “As we look forward, I think it’s going to be important to think about what other sections of road in this corridor could be vulnerable to future flood events,” Sholly says.

Referring to riprap, Sholly says, “this is a proven technique to protect the corridor.” Sholly and his crew also note how the use of riprap is more cost effective than trying to divert the road farther away from the river.

“Riprap, basically, it’s the larger boulders that you can see here, this is class 5 riprap. So, it’s actually averaging about three feet in length and width and height and the way this is placed, we’re actually four feet below the water line,” Lamoreaux says describing the technique.

“It’s been quite a process and definitely should withstand anything that’s thrown at it down the road,” Lamoreaux adds. The crew approximates that the road was first built in the 1930s. Roads in Yellowstone undergo regular maintenance, but, in many cases, the road-base itself is quite old.

New pavement has gone down on sections of the Northeast Entrance as recently as “five days ago,” Sholly says. Given the labor to strengthen the roads, the engineers and officials believe the corridor will be better protected against future flooding. 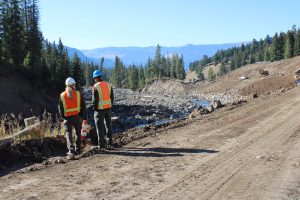 One major goal of reconstruction projects is to make them look “as natural as possible,” Sholly says. Natural debris and native materials constitute the bulk of the filler being incorporated in rebuilding. Design for reconstruction has received input from hydrologists, hydromorpologists, landscape architects, and engineers.

“Considering this is only four months ago, considering what this looked like and has looked like over the last couple months, it’s pretty impressive that it’s gotten back to this position so quickly,” Sholly states.

“It’s a total team effort,” Sholly adds. Reconstruction in this corridor has addressed issues with wastewater, damaged roads, turnouts, and a smattering of challenges with park operations.

Project Manager Doug Madsen explains that one of the difficulties for reconstruction in a corridor like this is the lack of facilities for construction. There are no large staging areas, those had to be created – even spots to turn around had to be established. Doug has spent twenty years with the park in environmental compliance.

Wildlife has also impacted reconstruction this fall. “We’ve had grizzlies walk through our work zone, and buffalo jams,” Lamoreaux says. 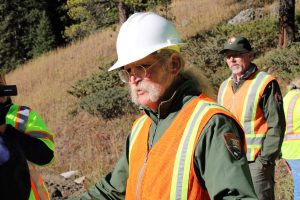 With the river so close to the roads, engineers have had to push the water back to fortify and mend the damage. “In order to do construction, you have to move the water away. In this case, the water was where the road was. You would be relocating a road considerably if you weren’t going to deal with that water. And so, pushing it back, the Corps of Engineers gives us the ability to work and channel those rivers,” Madsen explains.

“They were very, very careful in how they did that,” Sholly notes. Roughly “300,000” tons of material had to be moved in order to assist with repairs and realignments. Again, these native materials were pulled from the surrounding areas, any materials that had to be brought in from outside the park were cleaned and treated.

“We brought in a lot of the road-base that goes under the pavement. There’s about eight inches of gravel that gets compacted under the asphalt to give it more strength,” Madsen says. The Trout Creek area suffered “600 feet of length” in road loss.

Many of the original roads in Yellowstone were old wagon roads, and so, throughout the years, layers of oiled gravel and asphalt have come to represent the roads people use in the park today. Current reconstruction efforts will dramatically increase the toughness and resiliency of the corridors since they’re being refashioned to model modern highways.

Embankments near Pebble Creek bridge also had to be rebuilt. 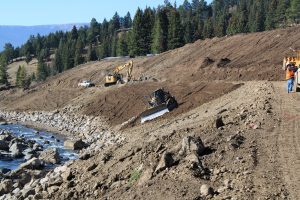 Superintendent Sholly, commenting on the Yellowstone’s 150th anniversary this year, says, “This is an important year…this year will be remembered largely because of the flood, but I think it’s important for people to understand that we did a lot of important work on the 150th commemoration prior to the flood occurring and we got back on track pretty quickly.” Sholly mentions, despite the damage, many 150th goals were achieved, which includes increased numbers of tribal nations back in the park, completed projects on employee housing, and several transportation projects coming to a close now.

The collaboration between the states, governors, counties, members of Congress, the Department of the Interior, the Department of Transportation, the Federal Highway Administration,  and the two primary construction contractors has been remarkable, Sholly explains. NPS knows they still have plenty of hard work left to do, and, admittedly, the crews are exhausted, but they remain undeterred. 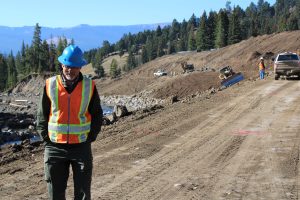 Despite Yellowstone’s herculean push to fix the flood damage, some residents of Cooke City have reported seeing a “50-70%” loss in revenue from the drop in tourism this summer. These figures do not detract from the good work Yellowstone has done as much as they demonstrate the interdependent nature of the gateway communities and the park.

“If you asked me June 13th when we started seeing these damage reports, and we were evacuating the park, and there was no power for forty hours, and 200,000 gallons of wastewater were dumping into the Gardiner River, if you asked me that point would we be standing here today four months later having the conversation that we’re having, and seeing the repairs done that we’re seeing, I would have probably said that was not feasible,” Sholly states soberly.

Sholly credits his team and their partners with the speedy recovery that aims to reconnect communities in Gardiner, Silver Gate, Cooke City, and elsewhere. The opening of the Northeast Entrance this Saturday represents a milestone in Yellowstone’s flood recovery undertaking. 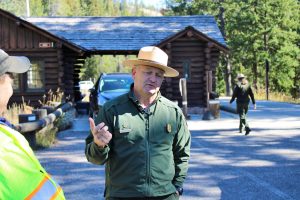 Superintendent Sholly, when asked whether there’s been anything particularly comical or frustrating during the recovery process, said, “People care about Yellowstone, and I think probably the most irritating set of comments we got – and I understand it – was when we evacuated the entire park. There were 10,000 visitors in the park in mid-June, and a lot of folks down south didn’t think that was necessary – that were staying in campgrounds and things like that – and I need to remind people that we started evacuating the northern loop first.”

Citing catastrophic damage, unsafe conditions, and wastewater failures, Sholly stands by his decision to evacuate the park. “Some of the things people didn’t see was the Canyon wastewater system and the Old Faithful systems that were severely compromised during the flood event and that’s kind of an invisible part of this whole thing.” Even though the damage was less on the southern loop, there was still damage, but it wasn’t as visible as the damage on the northern end of the park. NPS needed to make sure park infrastructure was functional and could be relied on.

Referring to the evacuation of Yellowstone, Sholly says, “I think that it was one of the best decisions we made early on.” 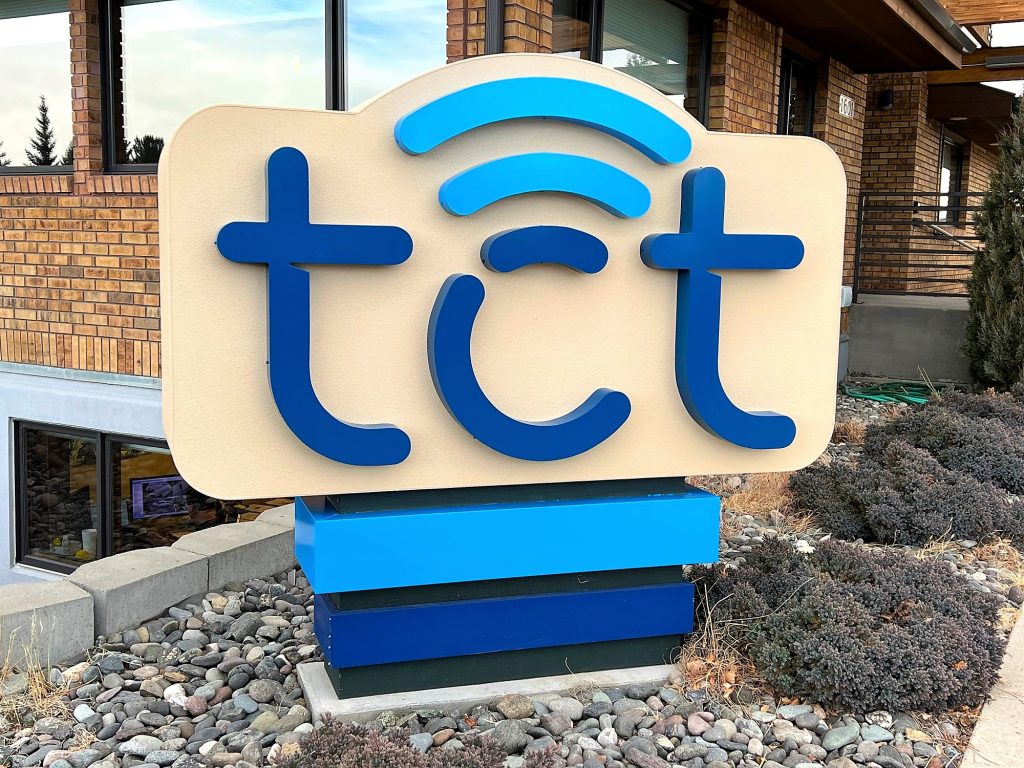 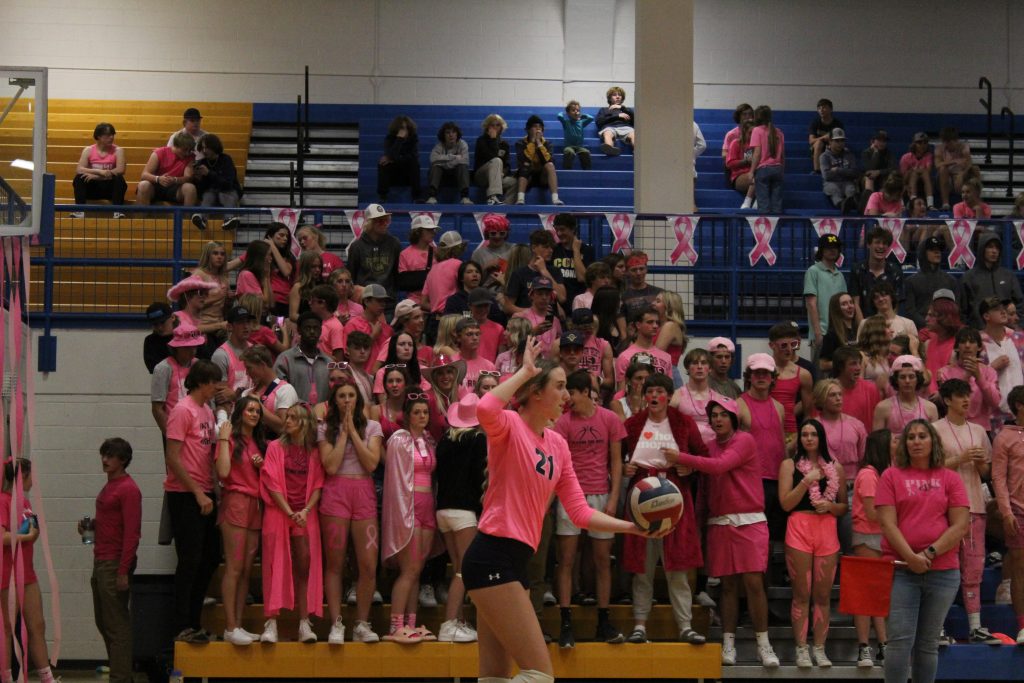