Cody High School’s Brittan Bower has been selected as the recipient of the prestigious Bob Carey Memorial Award. Bower is the third Filly to receive the award and first in a decade. Megan Thompson won in 2003 and Danielle Skinner in 2011. 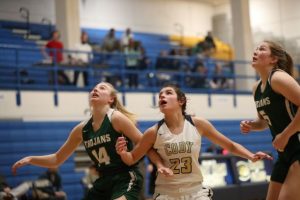 The prestigious award for women’s basketball in Wyoming seeks to honor the outstanding girls’ basketball player in the state, with one award in the Class 1A/2A ranks and one in Class 3A/4A. It’s for senior basketball players only, who show leadership ability, scholarship, character, athletic ability and community involvement. 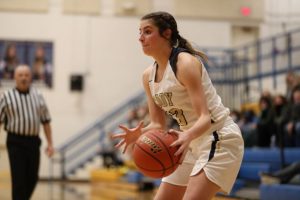 According to the award application, The Carey Award was instituted in 1996 in honor of long-time Lander High School coach Bob Carey. Coach Carey was the only coach in Wyoming to have won both a boys’ and girls’ state championship in basketball. She was also instrumental in starting girls’ basketball in the state of Wyoming. Bob Carey believed in excellence and in equality for all athletes. As a coach, he was known for his gentlemanly manner and his sense of sportsmanship. He cared deeply for all of his students and encouraged them to excel in all areas of endeavors. Bob Carey died of lung cancer in February of 1995, leaving a legacy of distinction for athletes in Wyoming. 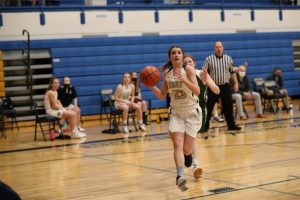 Head coach Chris Wagner on what Bower has brought to the hardwood this season.. “She’s just solid. I would say easily one of our most consistent players. Just every game, very reliable. She’s creating shots for everyone else and taking care of the ball which is so important. Defensively, we put her in a lot of spots. Offensively, too. She’s kind of learned a whole new position. We’ve put her in the post a little bit. She’s adapted to all that. You can just count on her to be in the right spots. So just her consistency has been so phenomenal. And then leadership too. She just connects so well with all the players in our program. Just a great motivator. She’s a big one for us.” 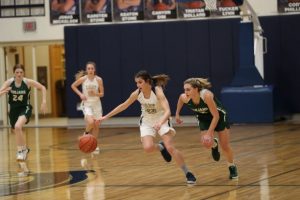 Coach Wagner goes on to say that Bower “has been recognized as a leader of the team for the past two seasons. She understands the value of commitment and her reliability and consistency are a result of that. She is a hard worker and is not one to turn down a challenge. Often one of our more vocal leaders, Britt uses her great people skills to develop strong connections with all of our players and plays a big role in our team chemistry.” 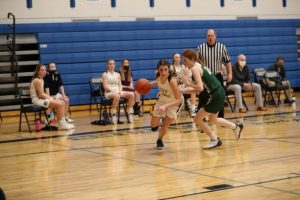 Brittan will receive a plaque and her name will appear on a plaque located in the Bob Carey Memorial Fieldhouse in Lander.

Bower is averaging 4.4 points, 3 rebounds, just under 2 assists and about 1 block per game this season, while playing every game.

Bower along with Ally Schroeder and Torrie Schutzman will be honored for senior day on Saturday as the Fillies take on Riverton. Saturday will be the last time those three play inside the sweitzer gym as a Cody Filly basketball player. The Fillies (13-4, 3-2) have secured the number 2 seed for the Regional Tournament.