Bright lights. Big Headlines. Two number one ranked teams. The Worland Warriors were 7-0 and averaged nearly 81 points per game. The Rocky Mountain Grizzlies were 7-1 only giving up just under 39 points per game.

Taylor Winland is 6’5″, Dawson May is 6’2″, Branson Robison is 6’1″. Five other Grizzlies are 6 foot or taller. They walked into Warrior Gym looking big. A team with confidence.

Defensively the Warriors frustrated the Grizz. Zack Simmons had six points added with Taylor Winland’s four points were ten of the eighteen points Rocky Mountain would score in the first period.

Rocky Mountain was able to handle the press with a point guard as good as there is in the State of Wyoming at any level in Jess Wambeke. Ball skills and a head for the game. The one on one between Jess and Court Gonzales was as good of a matchup as these eyes have ever seen. ( I digress). The Grizzlies would score the most they would in a period on the opening eight minutes of the game.

The first period would end with a Warrior 30-18 lead. They would never look back.

Mack Page and Rudy Sanford would add six points each in the second period. Jorey Anderson would hit again from three point range. Rocky Mountain would score twelve points lead by Taylor Winland and his four points. Ending the half 48-30 Warrior lead.

The Third period would see the Warriors increase their lead with a twenty five point period. Three Warriors hit three’s Rudy Sanford, Tylor Pierce and Jorey Anderson with his third three pointer. The Rocky Mountain Grizzles would score seventeen including seven points and a three pointer from Zack Simmons. The third would end with a 73-47 lead for the Warriors.

All five starters began the fourth period. Mack Page, Rudy Sanford, Jorey Anderson, Court Gonzalez, and Brock Douzenis. Not for offensive purposes but defensive. The focus. Sanford lead the Warriors in scoring with twenty two. Mack Page and Court Gonzalez both with fourteen. Jorey Anderson, who is the distributor for the squad hit four 3 pointers finishing with thirteen in the game.

The Worland warriors have a saying that they put on their shirts. A theme if you will. It says “Leave No Doubt”

Next the Warriors will host conference openers with Powel and Lovell. The Panthers on Friday 1/22 at 7pm and the Bulldogs Saturday 1-23 at 7pm. Both at Warrior Gym and can be heard on KWOR 104.7FM/1340AM or online at mybighornbasin.com 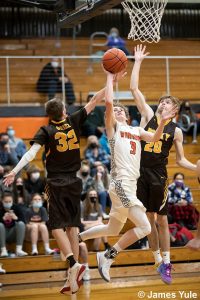 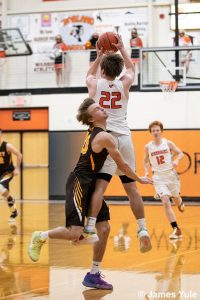 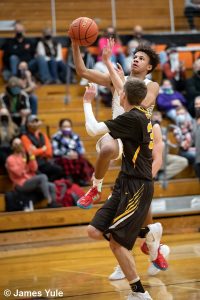 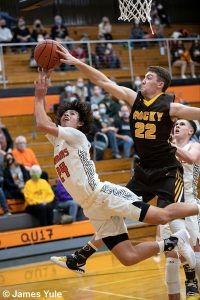 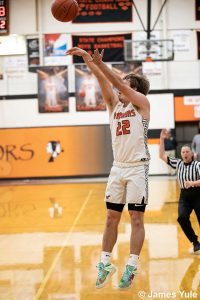 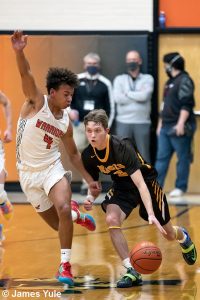 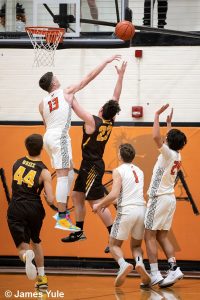