Written by dariandudrick on February 17, 2017

A team of seven 7th graders from Meeteetse have won a national technology award.
The contest was the Verizon App Challenge, in which schools come up with ideas for new phone apps. Out of 1800 teams who entered across the nation, nine teams were named national winners, including Meeteetse.
Superintendent Jay Curtis explained the Meeteetse students’ app, which he says may be unique in the world.

On Wednesday, a team of Verizon representatives surprised the students in a school assembly to present them with their prizes. Each student won a Verizon tablet and a trip to Orlando Florida this summer to a Verizon conference to present their app idea. The school was awarded a $20,000 grant to be used for science and technology, and a software engineer from MIT will be coming to Meeteetse sometime this spring to work with the students on completing and coding their app.
Curtis pointed out that science teacher Mike Power and computer and technology director Clint Elliot facilitated the students’ efforts. Curtis says Power has led other Meeteetse students to national recognition in science and technology in recent years, adding that it’s teachers like Power who are inspirational to students and who help them become critical thinkers and problem solvers. 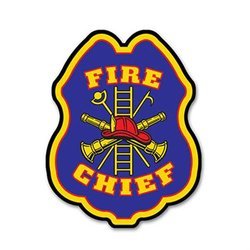