The Northwest College Women’s basketball team took to the hardwood for the first official time this season over the weekend as they were down in Salt Lake City, Utah.

The Lady Trappers got their 2021 season underway with a 73-64 overtime win over the Utah All-Stars Thursday.

On Friday, the NWC women’s team would square off against the Slat Lake All-Stars which featured Hailey Bassett, a former four year starter for Utah State, who also plays pro basketball overseas. The All-Stars would outshoot the Trappers to the tune of a final score of 88-72.

Three Trappers would score in double figures in that contest with Samiyah Worrell leading the way with 14. Riley Aiono had 12 points and 10 boards, while Kierra Cutright added 11.

On Saturday, the NWC women’s team would close out the weekend with a 72-51 loss to Salt Lake Community College. The Trappers fell behind early and just didn’t have enough steam to amount a 2nd half comeback.

Worrell would again lead the way with 17 points while Shelby Tarter added 10.

The Northwest College women’s basketball team officially opens their 2021 campaign 1-2 on the season.

Up Next: They will go against the CSI legends February 4th at 1:30pm.

The Northwest College men’s basketball team, too, got their season officially underway this weekend.

In the only game we’ve received results from, the Trappers would lose to Salt Lake Community College on Friday by a final score of 99-53.

In that contest Jaren Fritz would lead the way with 15 points.

The Trappers have played three games thus far this season and will be back in action February 4th in Twin Falls Idaho, at the CSI Tournament.

The Trapper Volleyball team would return to the courts Saturday for contests against Otero Junior College and McCook Community College.

Trapper Volleyball feel to Otero by a final of 3-1 and would drop their contest to McCook 3-0.

Up Next: NWC Volleyball is back in action January 29th and 30th in Cheyenne, Wyoming. They resume play Friday the 29th at 2 in the afternoon. 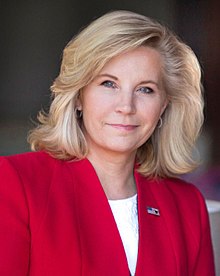