Despite so much moisture in the last month, Shoshone National Forest is dry enough for a small fire to start and burn after a lightning strike near the Chief Joseph Scenic Highway.

On Wednesday evening, a new fire was reported in the Corral Creek area south of Crandall and the Chief Joseph Scenic Highway. A Shoshone National Forest engine and a Park County Volunteer Fire Department engine responded to the area and found a lightning-caused fire.

Given the location of the fire, the two crews hiked into the ¼-acre fire and built a line around the fire last night. There it was determined a lightning strike had caused the fire to a single tree.

On Thursday, crews were removing the remaining heat from within the fire perimeter.

This is the first wildfire reported in Shoshone National Forest this summer. 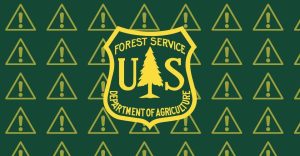 Fire danger is already elevated to “high” in the southern end of Shoshone National Forest.

Fire danger levels have increased across the Shoshone National Forest this week as the moisture content in vegetation has begun to decrease. The fire danger on the northern end of the Forest has increased to “moderate.”

“As fire managers, we look at several factors to determine the appropriate fire danger level,” said Shoshone National Forest Fire Management Officer Brian Cresto. “We evaluate the moisture content of grasses, shrubs, and trees as well as dead and downed vegetation. Additionally, we review projected weather conditions, such as temperatures and relative humidities, to establish appropriate fire danger levels throughout the year.” 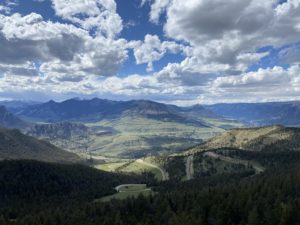 Large fires will have an InciWeb incident page with regular updates on size and status. However, since this fire was small and quickly contained, it’s unlikely any more will be heard about it.