The Warrior’s have scored 108 goals this season. 28 more then the next highest scoring team in Wyoming 3A soccer. That team? The Powell Panthers.

Powell came to Worland Friday with an  11-1 record. Their only loss on the season was to the Worland Warriors.

The previous match was an overtime win by Worland 1-0 in Powell back on March 30th, the third game of the season.

Cole Venable would score the first goal 1:40 into the game with a quick strike and assist from Rudy Sanford.

Jorey Anderson would score the second goal from a Court Gonzalez assist with 23:37 left in the first half.

Powell would put themselves on the board with a Penalty Kick from Garrett Morris with 6:03 left in the first half.

The opening half would end with a 2-1 Warrior lead.

Powell would tie the game with a quick score to start the second half. Chance Franks, the Powell Forward, would score 1:37 into the half tying the match 2-2.

With 20:35 left in the game Court Gonzalez would score the goal from a Jorey Anderson assist that would ultimately win the game 3-2.

Saturday the Warriors traveled to Cody to face the 8-6 Cody Broncs.

In under 5 minutes at the 34:46 mark in the first half Rudy Sanford would score from a Court Gonzalez assist.

Riley Blood and Dawson Rogers each would score in the 3-1 victory over the Cody Broncs.

Worland is headed to State as the West Conference number 1 seed and will play the 5-4-1 Rawlins Outlaws, the East Conference 4 seed.

The Warriors will play Thursday at 11am at North Cheyenne Community Park.

Scroll to the bottom of this post and listen to the rebroadcast of the Powell match. 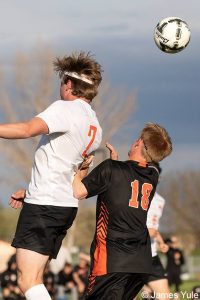 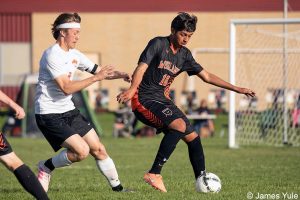 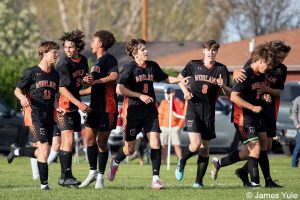 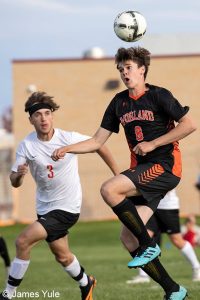 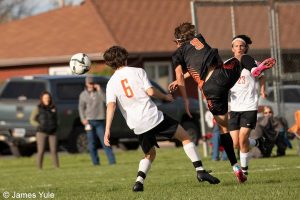 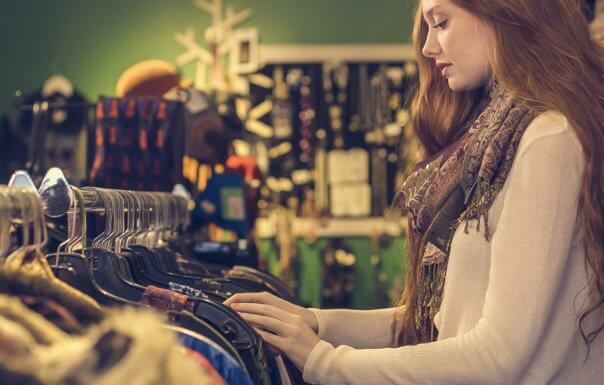