After two years of intense construction, one of Yellowstone’s most scenic and vital roads, Dunraven Pass, officially reopened in time to celebrate the park’s 150th anniversary.

A cold, rainy day gave way to spectacular sunshine at one of the most scenic pullouts on the Dunraven Pass. Rangers and politicians assembled to attend the road’s ribbon-cutting ceremony and to open the 19-mile road for the first time in two years.

The Dunraven Pass closed in 2019 for much-needed maintenance and rehabilitation. This work was the first significant project on the road since the 1960s. 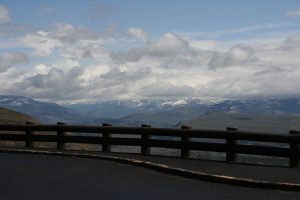 The pullout where the ribbon-cutting was held didn’t exist two years ago. The National Park Service built the parking lot and railing because it was one of the most popular spots for sightseeing along the road.

Yellowstone Superintendent Cam Sholly arrived in a historic Yellowstone bus to address the assembled crowd, saying, “this is a really pivotal moment in Yellowstone’s transportation history.” Sholly continued saying, “There’s not a single thing here in this park that we do by ourselves. Partnerships are extremely important and essential in everything that we do.”

Regarding the historic opening of the pass. “Another major component to what we do is access – is enjoyment,” Sholly adds. As yearly park visitation approaches and surpasses four million people annually, Sholly states, “It takes infrastructure and high-quality infrastructure to host visitation.”

Thanking strategic partners and stakeholders, Sholly says, “We wouldn’t have gotten this funding without you.” 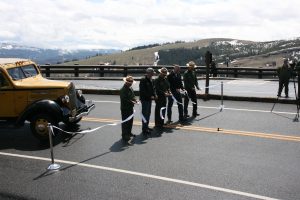 U.S. Senator Steve Daines of Montana was one of the first people to sign a letter of support for the infrastructure project. “This is much bigger than a highway project,” Daines says. Reflecting on what YNP represents, Daines remarks, “When we think about the United States of America, the world thinks about our national parks…people come from around the world to see what we have very special here.”

The Dunraven is often cited as one of the park’s most attractive and important roads. Both the Wyoming and Montana Park Counties say it’s vital to guide tourists (and their monetary support) to Cody and Gardiner. Additionally, Park County, Wyoming representatives – including Commissioner Dossie Overfield and Travel Council Director Ryan Hauck – were also early supporters of the project.

The majority of Yellowstone National Park sits inside Wyoming (96% in fact). 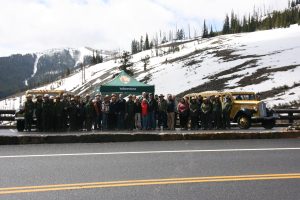 Finally, Superintendent Sholly joined the state and county representatives to cut the ribbon. A flood of park visitors in cars and SUVs were waiting to experience the new and improved Dunraven Pass within minutes.

*by Andrew Rossi and Caleb Nelson 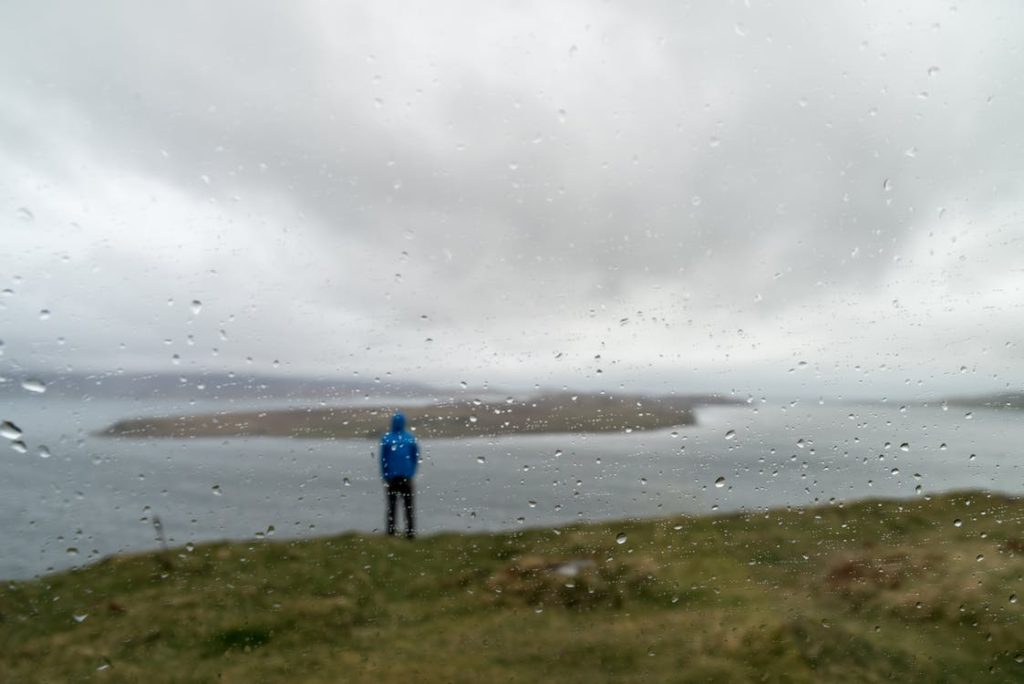