The new corridor from Gardiner to Mammoth Hot Springs was built out of necessity, but the expertly engineered road is already an experience that Yellowstone visitors will savor for years to come.

The four-mile corridor steeply climbs along the rugged contours of the Greater Yellowstone Ecosystem. Grazing pronghorn and bugling elk watch plaintively as the convoys of vehicles navigate several sharp curves as the two-lane road meanders its way upward from the iconic Roosevelt Arch.

The views are so spectacular there’s no indication that this road – one of the first constructed in the world’s first national park – was a one-lane dirt track only five months ago. At some points, visitors can gaze down into the canyon and see the destruction that made the $21 million project an essential lifeline for communities previously severed but now reunited with the region’s lifeblood.

At the end of the drive, visitors behold a perfectly picturesque view of the historic Mammoth Hot Springs, with the travertine terraces steaming away as they have for over a century. It’s a familiar sight for many but presented in glory not seen since amazed tourists gazed through the windows of a stagecoach over a century ago. 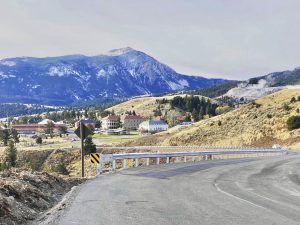 The “new” Old Gardiner Road will be noted as one of the greatest accomplishments in the history of Yellowstone National Park and the National Park Service.

Everyone shared feelings of relief and celebration at a special press event held on Saturday, October 29. While there have been several similar press events this year, the late-season gathering had a feeling of particular significance.

After the unexpectedly catastrophic summer season, “hope” was the word on everyone’s minds and hearts.

The facts are impressive:

Many on-site contractors worked 12 to 14-hour days, seven days a week, to finish the project in such a short timeline.

Nobody is more ecstatic about the road and the opening than Yellowstone superintendent Cam Sholly. In the hour before the event, Sholly escorted members of the press along the entire expanse of the Old Gardiner Road, stopping at scenic points to share additional details and answer questions. 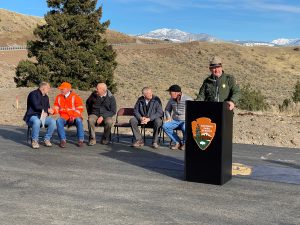 Superintendent Sholly echoed a sentiment he’s expressed several times this summer – the importance of establishing essential relationships before you need them.

“I can’t tell you the emotion I feel and how proud I am of the work everyone has done to get to this point,” Sholly said. “If there’s one thing these last several months have shown is that when we come together, and we put our minds to things, we can get a lot done – even under the most difficult circumstances.”

Sholly says Yellowstone’s staff doesn’t do things alone. Everything is “done in concert” with other agencies – the states of Wyoming and Montana, federal agencies, gateway communities, and several others. From his perspective, the Old Gardiner Road might be the best example of these important collaborations.

Tim Hess, Federal Highway Administration Associate Administrator for Federal Lands, said these are the events he loves to attend.

“My office usually gets pulled into (projects) where nobody’s happy. And with this particular one, everyone’s happy.”

Hess also emphasized the importance of partnership for the Old Gardiner Road and all of Yellowstone’s road projects. 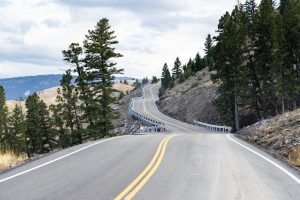 “This project was only able to be completed because of a multi-disciplinary, multi-agency team,” Hess said. That team completed $16 million of road construction in four months – “an outstanding accomplishment.”

W.Y.D.O.T. Director Luke Reiner – who Sholly called an ally and friend – represented Wyoming Governor Mark Gordon at the event, who also emphasized the collaborations that made this project possible.

Reiner added his own thoughts on the importance of collaboration.

“Life is always better with partners,” he said, “Life is always better when you know each other before the storm. When during the dark of night, in the middle of the storm, partners can proceed  – sometimes independently – (to take) independent actions on the other side of the mountain or on the other side of the washed-out road, knowing that you are driving to the same objective. Life is really good in this part of the country because of our partners.”

Then Reiner spoke to the contractors who completed the project.

“We stand in awe of the efforts of many. Roads do not build themselves, and I have no doubt that your story will become legend and lore – and the topic of conversations over many a cold brew. Future generations will study your efforts and your success because it is unparalleled.”

U.S. Representative Matt Rosendale of Montana was the first speaker to address the hope the completion of the North and Northeast Entrance roads brought to the communities of Gardiner and Cooke City.

“With the construction of this road in this time period – it’s not just impressive. It’s not just badly needed. It provided something that I don’t know if a lot of folks realize – it provided hope. It provided hope for these communities. What they saw was the rest of the community pulling together to try and give them some kind of support again. They could see it.”

Rosendale also credited the “unsurpassed” leadership of Superintendent Sholly during both the floods and the pandemic. Sholly, in his words, is a leader who “inspects what he expects” and was willing to “grab a shovel” to do whatever needed to get done, like everyone involved with the construction. Sholly received training to run a Bobcat during the project (and hinted that’s the biggest piece of construction equipment they’d let him drive.) 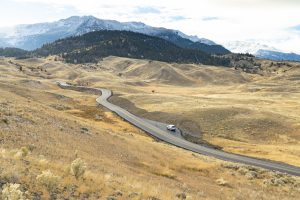 Representative Rosendale concluded his speech by calling the opening of the Old Gardiner Road “the grand reopening of Yellowstone National Park after 150 years.”

Rosendale likened the Old Gardiner Road construction to other American events like the 1969 landing on the Moon – what the nation is capable of with determination, hard work, and strong leadership.

Montana Governor Greg Gianforte was similarly awed by the Old Gardiner Road, calling it “a big day for Montana.” He celebrated partnerships and the fact that no lives were lost during the flooding. But the governor also adamantly delivered a message to the benefit of his state and all five of Yellowstone’s gateway communities.

“In just a couple of days, this road’s going to be open,” Governor Gianforte said. “And I want all of America to know that Yellowstone is open. And we want you to come back and visit. America’s first national park is here and ready for you to come and have an adventure.”

The final speaker was Department of the Interior Deputy Secretary Tommy Beaudreau. He shared that the last time he was in Yellowstone was just a few days before the June 13 floods, inspecting projects funded by the Great American Outdoors Act.

“I’ve gone through a few natural disasters, Beaudreau said. “I can tell you from firsthand experience that when these disasters happen – you never wish for them, but as you go through them and survive them, you come out stronger and better for it. And you remind everybody that . . . there’s a lot more that unites us. There’s a lot more common ground, a lot more interdependency, and a lot more partnership. Part of what this road symbolizes is  . . . everything that binds us together.”

Beaudreau also called the fact that the Interior Department, the National Park Service, the Federal Highways Administration, and our state partners could “marshal the resources, get the approvals, get the plans, and get the crews” out and working in such a short amount of time “a bureaucratic miracle.” He praised Sholly’s ability to work with others to get things done.

“Cam, it’s unbelievable to me that you could get through the lawyers in four months – let alone get the road built. That, in its own way, takes real courage.”

All the speakers acknowledged the hard work of H.K. Contractors and Oftedal Construction, the companies that completed the North and Northeast Entrance roads. Their skill and adaptability made the work possible, despite the aggressive timelines.

There is still much work to do – while the Old Gardiner Road is permanent and impressive, it’s still viewed as a temporary solution as the North Entrance Road.

Sholly indicated that planning for the permanent road corridor between Gardiner and Mammoth begins this week. While the new corridor will be a permanent fixture for the park’s future, it would need improvements – like reducing and lessening sharp curves – if it’s to become “the” North Entrance road.

As for the existing Gardiner Road in the Boiling River Canyon, Sholly said he “doesn’t like the idea” of trying to repair and reuse the road. That project would be prohibitively expensive – and another road-destroying flood event is always possible.

After the last stretch was striped, the Old Gardiner Road opened to general traffic two days before the Nov. 1 deadline. To commemorate the opening and the end of the Summer 2022 season, the park waived admission fees on Sunday, Oct. 30, and Monday, Oct. 31. 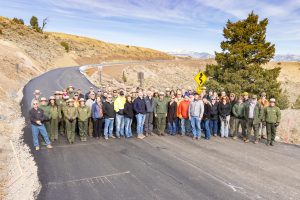 The Old Gardiner Road is a momentous achievement of collaboration and determination – a beautiful sign of a strong future for Yellowstone National Park and the gateway communities. 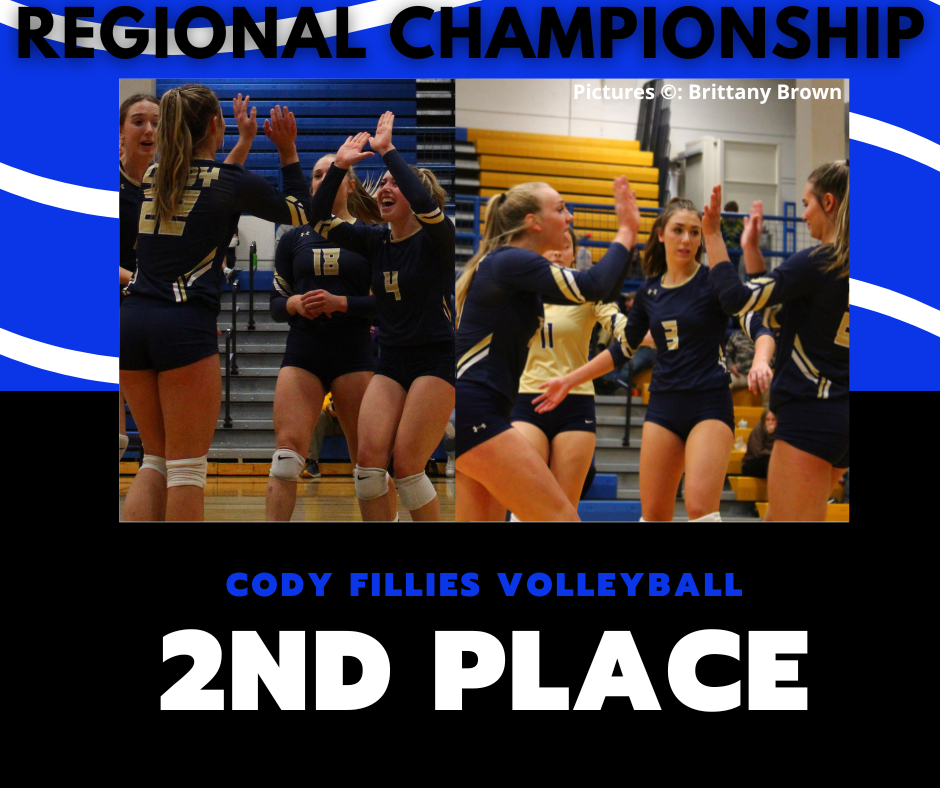