Shoshone National Forest ends a relatively quiet summer with a fast-growing wildfire near Lander, which has grown over 700 acres in just a few days.

At 8 p.m. on Saturday, Sept. 11, a Wyoming Type 3 Incident Management Team 3 assumed command of the Sand Creek Fire. It’s the largest wildfire in Shoshone National Forest in 2021, and it’s far from finished.

The Sand Creek Fire ignited on Thursday, Sept. 9 from currently unknown causes. It’s located in a remote, rugged area west of Lander in the Sand Creek Drainage on the Washakie Ranger District on lands jointly administered by Shoshone National Forest and Bureau of Land Management. 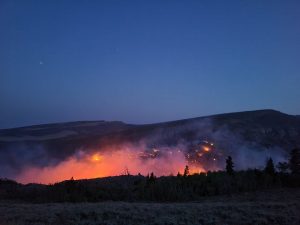 As of Sunday, Sept. 12, the Sand Creek Fire is 749 acres and 0% contained, with a full suppression strategy currently underway.

According to the latest daily update, 140 personnel are currently responding on the scene. All actions “reflect a commitment to incident personnel safety and public safety.”

Resources on the scene include:

Aerial surveys of the area are mapping the fire’s acreage and daily spread. Those same resources are doing water drops on areas of high heat and along the fire’s edge.

A departing cold front will keep near-seasonal temperatures with highs in the mid-60s and lows in the upper 30s to low 40s overnight. However, near-critical fire weather concerns returned Sunday – along with wind gusts up to 30 mph return.

A cold front moved into the western mountains Sunday night, which hopefully brought some wetting rain to the fire area. But, even then, it’s unlikely to make a significant difference.

Similar conditions have been encouraging the growth of the Crater Ridge Fire in Bighorn National Forest. Over the last week, the large wildfire north of Lovell has grown to 6,726 acres, necessitating new fire lines.

Unlike Bighorn National Forest, Stage One Fire Restrictions were lifted in Shoshone National Forest on Aug. 25. It’s unknown if this had any factor in the Sand Creek Fire, as the cause remains under investigation.

Up to this point, it’s been a relatively quiet year for wildfires in Shoshone National Forest.

Several small lightning-strike fires were found and quickly suppressed earlier this summer. None of them grew larger than an acre.

This is the largest wildfire in Shoshone National Forest since the Lost Creek Fire in June 2020. Luckily, conditions were cooler and damper then, helping contain the fire to 591 acres.

Wyoming Struggles To Find Snowplow Operators for This Winter 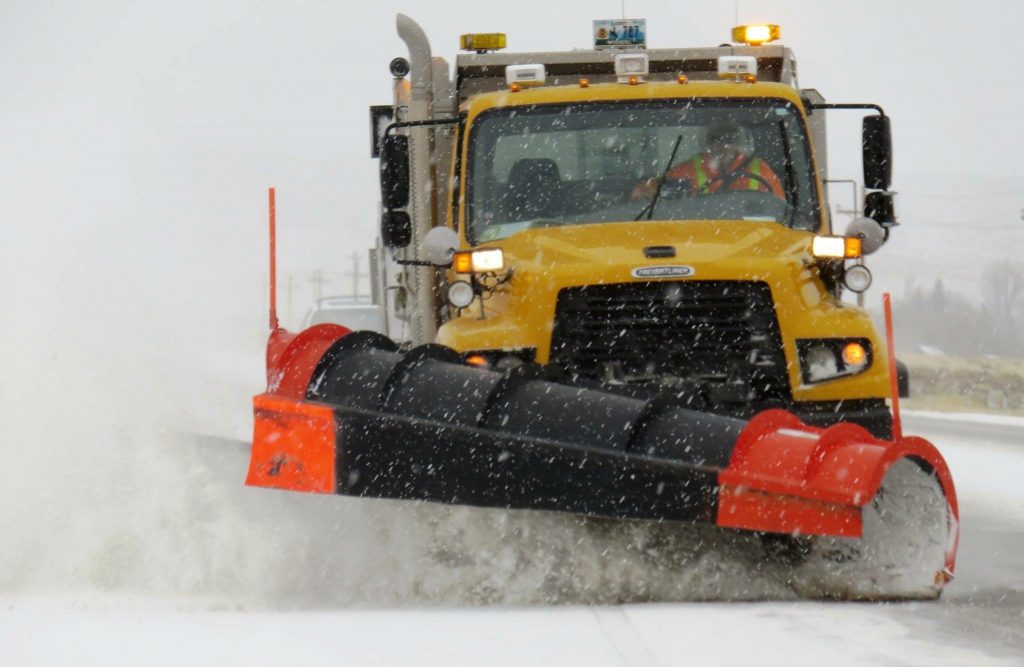