Originally from St. George, Utah, the new President of Wyoming Legacy Meats, AJ Richards, is a fifth-generation rancher, but his life has been as varied as his professional background. His vision? To make Cody, Wyoming the “epicenter” of regenerative agriculture. 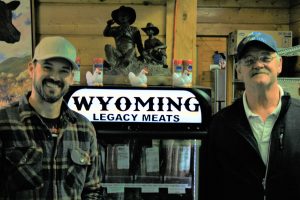 While living in Phoenix, Arizona, Richards ran a CrossFit gym for eight years. He found success in the CrossFit world after launching a head-to-head fitness competition. Richards broadcast the event live and eventually grew his audience to a quarter of a million viewers.

According to Richards, he was sued by the gym because they were unhappy with his success, saying, “It was corporate bullying. I didn’t have the budget to go and fight that.”

“That was a long painful death, you know, after eight years of developing something that people really liked,” Richards says.

The CrossFit gym lawsuit bankrupt Richards. “We lost everything,” Richards says. Still living in Phoenix with his three daughters, Richards’ landlord decided to sell the rental property. “So now I have an open bankruptcy and no home,” Richards states.

With things in Arizona devolving, Richards and his family moved back to Utah purchasing the family home his father had built.

“It’s really just a story of me getting my teeth kicked in and getting back up,” Richards remarks. Just two years ago, Richards was working at Walmart stocking shelves. Quickly frustrated by Walmart’s practices, Richards took a risk and launched a discount warehouse company with a close friend.

“My buddy is still running strong with that, but my passion’s always been in agriculture,” Richards says.

Recently, Richards’ perspective on agriculture and environmental issues has radically shifted. “If you’d have mentioned global warming to me five years ago, I’d have said you were full of crap,” Richards says.

Regarding climate change, “Then the writing on the wall started showing up – you can’t deny it,” Richards states. 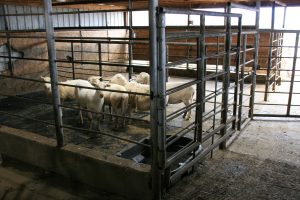 Outside the plant at Wyoming Legacy Meats

“What’s the point of running a billion-dollar head-to-head fitness competition if there’s no food for my kids to have,” Richards says. He emphasizes that humans need three things: food, shelter, and safety. Food is “number one” Richards points out.

As Richards looked around the country and around the world for solutions to global food and supply chain issues, he came across some innovative and forward-thinking farming practices. “I came across some people around the globe that are taking deserts and transforming them back into lush, native grasslands,” Richards says.

To return to ecological and agricultural normalcy, Richards says, “The only way to fix that is to really support the people that are the stewards of the land.”

While there are generational challenges to overcome in terms of established ways of farming and ranching, Richards remains optimistic about developing new relationships between meat producers and their customers. 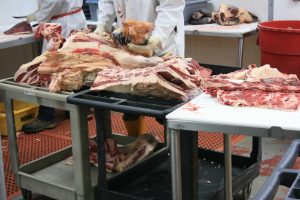 The complexity and difficulty of commodity markets have pushed companies like Wyoming Legacy Meats to seek different and alternative markets. Adding to problems in the industry, Richards thinks the major processors in the U.S. or the “big four” have become “corrupt.”

According to Richards, regenerative pastures are “regeneratively raised agriculture” that produces meat with a higher “phytonutrient quality” making the meat more valuable. Part of the goal is to increase soil health and overall vegetation, which should lead to more pasture. With more pasture through regenerative practices, ranchers would potentially be able to increase the number of cattle they raise: “five or six years down the road, they double it,” Richards says. 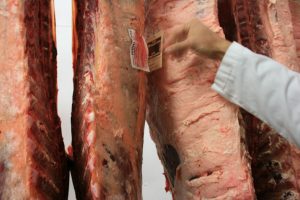 Carrying on the work of people Joel Salatin, Justin Rhodes, and Gabe Brown, Richards advocates for the direct marketing of food to customers and symbiotic cycles of feeding on the farm.

“There’s a documentary I think every single person should watch, which is Kiss the Ground,” Richards says. “You can skip the part with Gavin Newsom if you choose,” Richards jokes.

Yellowstone: Woman Injured After Being Tossed & Gored by Bison 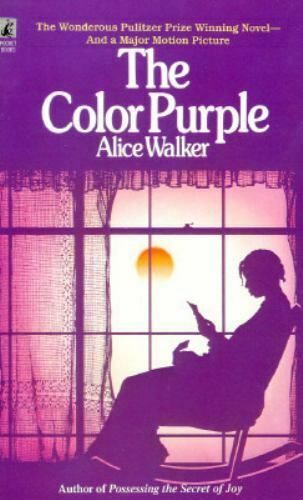