‘Unsolved Mysteries’- Stryder Styarfyr, if that is your Real Name

How terrified would you be, if, during a boat ride with your friend, they went to grab a beer and fell over to never rise to the surface again?

You’d jump out of your britches. That’s what would happen. Luckily for us, that is the stuff out of a Lucifer Valentine movie so that is not what actually happened to ‘Stryder Styarfyr.’

This is a man who was later discovered to have visions of him being the heir of a Celtic clan with many young wives by his side. So yeah, totally normal dude.

Styarfyr met a woman by the name of Mary Beth at a county fair in Oregon in 1985. This cultivated into a romantic relationship and eventually, by the early ’90s, a marriage with kids.

Seems fairly normal, but we all know, that is when the plot twist usually comes. This story is no different.

One of their family friends’ daughters, Lisa, had spent so much of her life with Styarfyrs that she was a part of the family. Styarfyr had been somewhat of a mentor and someone Lisa looked up to. He would tell stories of him being a spy for the CIA, mission impossible, and James Bond-type stories that he fabricated as a part of his real life.

Then on a weekend stay, he sexually touched Lisa and took advantage of her when she was 14 years old. Lisa pinned that revolting trauma inside for over a year.

That is when Styarfyr’s whole fantasy and plans began to dissipate quicker than he could have imagined.

His friend had told the officials the story of Styarfyr falling out of the boat but the whole thing had seemed fishy considering the boat was dryer than the desert and the fishing gear looked like they hadn’t been touched.

It turned out that this wasn’t Styarfyr’s first rodeo or even his real name. Law enforcement had found different ID’s in his pickup truck. They discovered his real name was “Daniel Chafe.” 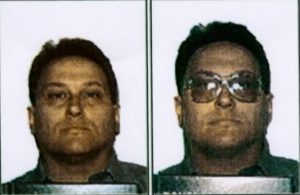 Styarfyr (Chafe) had a long history of sexually abusing young girls and taking advantage of them. A babysitter for his kids by the name of “Debbie” had also been sexually assaulted. That first happened to her when she was just a freshman in high school.

Chafe ended up roaming the states in hiding using his various aliases until he was finally found and caught in 2014 in Bozeman Montana. He was located after a detective discovered that he was using one of his aliases, “Zac Taylor”. He pleaded guilty to four sexual abuse and rape charges and was sentenced to five-and-a-half years in prison. He died in prison in October of 2016.

To read more, click below to read about a man who was found in Cheyenne with no memory of anything in his life.